The Chargers are holding firm on their approximate $10MM-per-year offer to Melvin Gordon, and the fifth-year running back moved to request a trade. But with the market for running backs not exactly booming, the Bolts do not appear to believe they will get the value they would seek in a trade, Albert Breer of SI.com notes (on Twitter). This is understandable, given the state of the running back position’s state in the modern game and Gordon’s injury history. He has missed time due to maladies in three of his four seasons, including 2018. Chargers backup Austin Ekeler led the team last season with 5.2 yards per carry (on 106 totes); the third-year back and 2018 seventh-rounder Justin Jackson sit atop the Bolts’ depth chart without Gordon.

Here is the latest from the AFC West, first moving to the divisional kingpin’s running back situation.

Billy Winn will see another injury nullify a season. Attempting to make it to a regular-season game for the first time since 2016, the veteran defensive lineman suffered an arm injury Thursday night that will send him to IR, Mike Klis of 9News tweets. 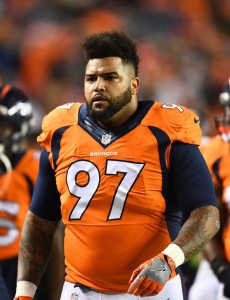 The Broncos used members of their starting defensive line in Thursday’s Hall of Fame Game but gave Winn extensive reps as well. The arm injury he sustained, however, will move him back to Denver’s IR list — where he spent the 2017 season. Winn tore an ACL in the Broncos’ 2017 preseason opener and was out of football in 2018.

This most recent IR trip will make room on Denver’s roster for Theo Riddick, whom the team signed earlier this week.

A sixth-round Browns pick in 2012, Winn initially surfaced in Denver in 2016. He played 16 games that season, mostly in a rotational capacity. The Broncos return most of their 2018 defensive line corps and added third-round defensive end Dre’Mont Jones, limiting the roster spots available. But Winn, 30, was a fringe candidate to make the team, joining 2017 second-rounder DeMarcus Walker in that regard. 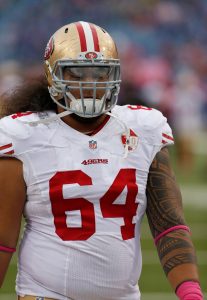 Broncos DE Billy Winn has suffered a torn ACL last night, a source tells Ian Rapoport of NFL.com (on Twitter). The Broncos braced themselves for the bad news when Winn was carted off of the field in Thursday night’s preseason game against the Bears.

Winn was set to serve as Denver’s primary backup nose tackle behind Domata Peko. After he joined up with the Broncos last year, he proved to be a reliable, though unspectacular, reserve option. The 28-year-old appeared in all 16 regular season games (two starts) and played on roughly 30% of the Broncos’ defensive snaps. In that span, Winn had 19 tackles and one fumble recovery while grading as the league’s No. 97 interior defender among 127 qualifiers, per Pro Football Focus.

Losing Winn is not ideal, but the Broncos can turn to free agent addition Zach Kerr and Kyle Peko (cousin of Domata) for support in the middle.

In need of some reinforcements along their defensive line, the Broncos today worked out free agent tackle Henry Melton, according to Jenna Laine of ESPN.com. Melton hasn’t drawn any other known interest since his contract with the Buccaneers expired in March. 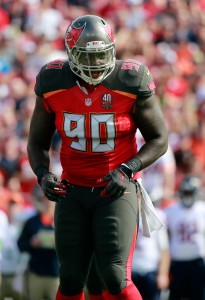 Denver was already reeling from the offseason loss of Malik Jackson, and the man set to replace him, Vance Walker, suffered a torn ACL last week and was subsequently placed on injured reserve. Starting defensive end Derek Wolfe recently rolled his ankle, but apparently not seriously enough to cause any major absence, as he played in last night’s preseason contest against the 49ers. Free agent signee Jared Crick is now set to start opposite Wolfe, but Melton could offer a reserve pass-rushing presence at both end and tackle if signed.

Melton, 29, has settled into more of a rotational role in recent years, and is no longer the dominant interior presence he was during his early career with the Bears. But he still appeared in all 16 games for Tampa Bay last season, playing on roughly half of the Bucs’ defensive snaps. In that time, Melton picked up two sacks, 18 tackles, and recovered two fumbles, but only graded as the league’s No. 101 interior defender among 123 qualifiers, per Pro Football Focus. The former Texas Longhorn earned an honorable mention on PFR’s May list of the best remaining free agent defenders.

While Melton is auditioning for a spot on Denver’s roster, fellow defensive lineman Billy Winn already has one, and he could end up making the team due to the club’s injuries up front, as Cameron Wolfe of the Denver Post tweets. Winn was signed last month after the Broncos released Phil Taylor from IR, and he played early in Friday’s preseason contest. 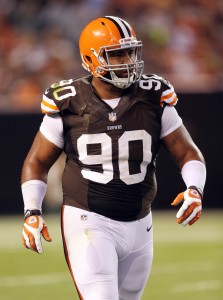 3:30pm: It’s a seventh-round pick headed from the Colts to the Browns in the deal, tweets Tony Grossi of ESPNCleveland.com.

3:15pm: The Colts have made multiple changes to their roster, announcing today in a press release that they’ve acquired defensive lineman Billy Winn from the Browns in exchange for a conditional late-round 2017 pick. In order to clear room on the roster for Winn, Indianapolis has waived guard Robert Myers.

Additionally, according to Ian Rapoport of NFL.com (via Twitter), the Colts have reached an injury settlement with running back Boom Herron, who was waived/injured during the club’s cutdown to 53 players. The move means that Herron will pass through waivers again, and if he goes unclaimed, he’ll become a free agent, able to sign with any team.

Herron, who suffered a sprained AC joint in the Colts’ final preseason game, isn’t expected to be shelved for a significant amount of time due to the injury, so he could be claimed on waivers, like Robert Turbin was yesterday. However, I’d be a little surprised if a club wanted to carry Herron on its 53-man roster quite yet.

As for Winn, he has played 40 games for the Browns since entering the league as a sixth-round pick in 2012, earning 18 starts during that span. He’ll provide depth on the Colts’ defensive line, but likely won’t take on a significant role unless Indianapolis has injury problems up front.

For the Browns, trading Winn opens up a roster spot for the team to promote Shaun Draughn from the practice squad. Cleveland hasn’t made that move official yet, but with Turbin out and Duke Johnson recovering from a concussion, Draughn figures to join the team’s backfield for at least Week 1 to complement Isaiah Crowell.