Free agent guard Chris Chester won’t be coming back for a 12th season. The 34-year-old has decided to retire, reports Vaughn McClure of ESPN.com. 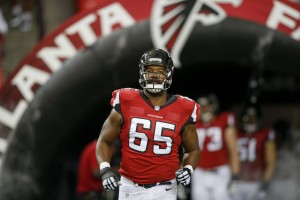 Chester entered the NFL as a Ravens second-round pick in 2006 and eventually established himself as one of the league’s most durable linemen. The former Oklahoma Sooner last missed a game in 2010, meaning he logged six straight 16-start seasons to conclude his career. Chester spent the previous two years in Atlanta, where he was part of an NFC championship-winning squad last season, but the team wasn’t interested in re-signing the 6-foot-3, 300-pounder and expected him to retire.

Between his five-year Baltimore stint and his pair of campaigns with the Falcons, Chester spent four seasons with the Redskins. All told, he picked up 169 appearances and 143 starts in his career.

Saints head coach Sean Payton had breakfast with free agent quarterback Johnny Manziel last week, but New Orleans has no plans to sign Manziel, a team source tells Jason Cole of Bleacher Report (Twitter link). Indeed, Payton says his meeting with Manziel was focused on getting to know the young signal-caller, as Mike Triplett of ESPN.com writes. In early March, there was word that Manziel was drawing “real” NFL interest, and Manziel says he is sober and focusing on his comeback.

All eyes in the NFL world this week are on Thursday’s draft, but a handful of free agents recently signed contracts with teams, and we’ve got some specific details on those deals, courtesy of Aaron Wilson of the Houston Chronicle. Let’s dive in…

2:06pm: The Falcons have brought back one of the starts from their 2015 offensive line, announcing today in a press release that they’ve re-signed veteran guard Chris Chester. Terms of Chester’s new deal have not yet been reported. 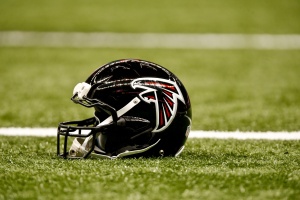 Chester, who signed a one-year deal with the Falcons last May, started all 16 games for the fifth straight season, serving as Atlanta’s full-time right guard. Since entering the league in 2006, the 33-year-old has spent time in Baltimore, Washington, and now Atlanta, starting 127 of his 153 total regular-season games, with eight playoff contests under his belt as well.

A report earlier this month indicated that Chester underwent surgery to repair a torn rotator cuff in the offseason, suggesting he may not be healthy until June. However, the Falcons were apparently confident enough that he’ll make a full recovery that they didn’t want to wait until then to lock him up.

In 2015, Chester ranked as the 24th-best guard out of 81 qualified players, per Pro Football Focus’ grades. PFF assigned the veteran lineman a somewhat mediocre pass-blocking grade, but he scored very well as a run blocker.

Chester currently projects as the Falcons’ starter at right guard again in 2016, though the team could add some competition via the draft.

Earlier today, the Eagles shocked the football world when they parted ways with veteran guard Evan Mathis. Things had gotten ugly between the 33-year-old and Chip Kelly, but most expected that Mathis would at least be traded to a team in need of offensive line help. As the Eagles figure out what’s next, here’s a look at the rest of the NFC East..

When a player enters the NFL out of college, an agent can be invaluable when it comes to preparing that prospect for the combine, negotiating marketing or endorsement agreements, and providing a credit line of income before the player earns his actual NFL income. However, as Andrew Brandt of TheMMQB.com notes, rookie contracts have become so predetermined that an agent isn’t all that necessary for negotiations.

In fact, one first-rounder, offensive lineman Ereck Flowers, negotiated his own rookie contract with the Giants, writes Brandt. Had Flowers hired an agent and been charged the maximum allowable 3% fee on his $14.4MM guaranteed contract, the fee would have worked out to $432K.

A handful of salary and bonus details for recently-signed contracts have been reported so far today, so let’s round up the highlights. Deals whose details have been reported but aren’t noted here, such as Jerrell Powe‘s with Washington or Trindon Holliday‘s with the Raiders, are one-year, minimum salary pacts with no guaranteed money.

SATURDAY, 11:50am: The Falcons have officially announced the signing.

FRIDAY, 9:33pm: Chester will get a one-year, $2.8MM deal from the Falcons, tweets McClure.

8:29pm: Released two days ago by Washington, veteran guard Chris Chester didn’t last long on the free agent market. According to Vaughn McClure of ESPN.com (Twitter link), Chester is signing with the Falcons after paying a visit to the team today.

Chester, 32, started at right guard for Washington last season, but with 2014 third-rounder Spencer Long ready to take over that role and Chester’s cap number approaching $5MM, the veteran became expendable. Still, while Spencer, a former second-round pick, may not have been in Washington’s long-term plans, he can still be a positive contributor.

In 2014, Chester played the eighth-most offensive snaps among guards (1,091), and ranked 33rd among 78 qualified players, according to Pro Football Focus’ grades (subscription required). With a +6.4 grade as a pass blocker, Chester was better in that aspect of the game than he was as a run blocker, though that’s not necessarily consistent with his career performance.

Earlier today, we heard that Chester was set to visit Atlanta and Philadelphia, but it appears head coach Dan Quinn and the Falcons didn’t let him leave to meet with the Eagles. As I noted this afternoon, the Falcons have Harland Gunn, who has made one career start, penciled in as a potential starter at one of their guard spots following the departure of Justin Blalock, so bringing in a veteran like Chester makes sense.

When he officially joins the Falcons, Chester will reunite with Kyle Shanahan, the Falcons’ new offensive coordinator who previously held the same position in Washington.