Agent Adisa Bakari, frustrated that the Bills haven’t extended one of his clients – quarterback Tyrod Taylor – propped up the signal-caller Thursday and took shots at other facets of the club (Twitter link). Bakari told SiriusXM NFL Radio that the Bills missed the playoffs last season because of a poor showing by their defense and a lack of discipline, not Taylor – whose performance Bakari referred to as “exceptional.” Bakari isn’t wrong – the Bills had a below-average defense and led the league in penalties in 2015, and Taylor was terrific statistically during his 14-game debut as a starter – but Buffalo doesn’t seem convinced he’s its long-term solution. Taylor is entering a contract year and the Bills have explored several QB prospects as the draft nears, so his chances of staying in their uniform for the long haul don’t look great at the moment.

More from the AFC…

MARCH 2: The Lions have officially placed Mathis on the reserve/retired list, according to Dave Birkett of the Detroit Free Press (Twitter link).

FEBRUARY 16: Lions wide receiver Calvin Johnson is reportedly leaning toward retirement, and the team will also see a veteran starter on the other side of the ball call it a career. Detroit cornerback Rashean Mathis told Tori Petry of DetroitLions.com (video link) that he has decided to “hang up the cleats,” and his agent has since congratulated him on his NFL career (Twitter link). 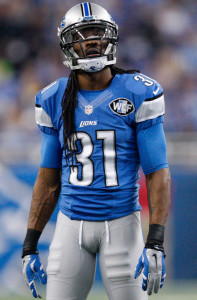 “I’ve been teetering on the fence the last few years,” Mathis said. “I wanted to finish healthy. I wanted to finish on a good note. It was a little sour, my last year in Jacksonville [since] I was coming off an ACL injury, and I think my last three years in Detroit have been amazing…. Being with [Jim] Caldwell for the last two years, I couldn’t ask for anything more to go off on a happy ending.”

Mathis, 35, entered the NFL in 2003 as the 39th overall pick out of Bethune-Cookman. The cornerback spent the first decade of his career with the Jaguars, earning his lone Pro Bowl nod and All-Pro spot in 2006 when he recorded a career-high eight interceptions and 21 passes defended.

Over the course of his 13-year career, Mathis appeared in a total of 175 regular-season games – including 137 for Jacksonville – and totaled 32 interceptions. Although Mathis’ final season with Detroit was cut short by concussion issues, he played a key role on the 2014 squad that earned a playoff berth.

Mathis’ contract with the Lions had featured a $500K roster bonus due to be paid in March, as well as a $1MM base salary for 2016. The team will no longer be on the hook for that money, but will still carry a $375K cap charge on its books for the veteran defensive back this year.

Cornerback Rashean Mathis is undecided on whether to retire or return to the Lions, as Michael Rothstein of ESPN.com writes. Mathis, 35, says that the team’s coaching decision will factor into his own call on whether to continue playing. 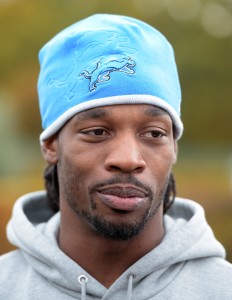 “If I’m not here then I’m nowhere,” Mathis said. “[Coach Jim] Caldwell, definitely, that could be a deciding factor if I decide if I want to play or not.”

Still, Mathis didn’t entirely rule out playing for another coach in Detroit besides Caldwell. The 35-year-old also doesn’t have a set timetable to make the call.

“It’s all my head, meaning how I want to handle things,” Mathis said. “Not from a health standpoint, meaning me mentally. I’ve given a lot and a lot has been given to me and I feel like I have done the best I could with both. And if I walk away, I walk away with my head up. And if I stay, I give it 100 percent again. And that’s just how I handle things. But the game has been good to me and I feel I have impacted some lives in this locker room and other locker rooms so in that case, I probably beat the game because I’ve given back. I feel like I’ve wanted to give back more than I’ve got so I’m proud of that.”

A second round draft choice of the Jaguars in 2003, Mathis has logged 175 career games with 636 tackles, 32 interceptions, eight forced fumbles, and five fumble recoveries. The Lions signed Mathis in 2013 after he was released by Jacksonville following the 2012 season and he has become very close with his teammates and the organization. Mathis was placed on injured reserve with a concussion midway through the 2015 season but unselfishly shifted to a mentor role for cornerbacks Darius Slay – a budding star -and Nevin Lawson, who replaced him in the starting lineup.

One thing that won’t factor into Mathis’ decision is his concussion. Mathis says that he has had everything checked out thoroughly and believes that he is now 100% healthy in that regard.

Due to a concussion sustained in Week 7 against the Vikings, Lions starting right cornerback Rashean Mathis will head to injured reserve, Tim Twentyman of DetroitLions.com reports.

The 35-year-old’s started 36 games for the Lions since coming over from Jacksonville as a free agent in 2013. The Lions re-signed Mathis to a $3.5MM deal prior to this season, and per Twentyman, this setback places his future with the team — and probably the league — in question.

Mathis’ contract extends into 2016, but the veteran’s deal contains just $375K worth of dead money. The Lions would save $1.5MM by parting ways with the 13-year veteran.

The contract stipulates a $500K roster bonus will be due on the third day of the 2016 league year, and Dave Birkett of the Detroit Free Press (on Twitter) doesn’t expect the Lions to pay it.

Mathis, who’s snared 32 career interceptions since being selected in the second round of the 2003 draft, experienced consistent headaches since the injury, and Detroit opted to put him on IR after he spent time in the league’s concussion protocol.

Butler’s spent time with eight other teams since 2010, most recently seeing action with the Seahawks in Week 6.

As we turn the calendar to June, let’s check out a few Monday morning items from across the NFC, starting with a contract update out of San Francisco….

Here are a few notable details from some of the contracts signed by free agents within the last several days:

The Lions have agreed to re-sign cornerback Rashean Mathis, according to Mike Florio of Pro Football Talk (on Twitter). It’ll be a two-year pact worth $3.5MM in total and he’ll earn $2MM in 2015.

Back in February, Lions GM Martin Mayhew said that he would like to retain Mathis for the 2015 season and praised Mathis’ “position versatility”. In 2014, Mathis started all 16 regular season games for the Lions, finishing with 54 total tackles, one interception for a touchdown, and two forced fumbles.

The advanced metrics at Pro Football Focus (subscription required) placed him as the 12th best cornerback in the entire NFL last season with an overall score of 9.1. For reference, that posting put him ahead of such notables as Chris Culliver, Brandon Flowers, Aqib Talib, and Dominique Rodgers-Cromartie.

Mathis earned the minimum salary last season but he’ll earn a paycheck that’s more in line with his performance in 2015. The veteran will celebrate his 35th birthday in August.

The Lions have four free agents who are set to be either restricted or exclusive rights FAs this offseason, and general manager Martin Mayhew addressed the club’s plans for all four players today in a conversation with Detroit reporters. According to Mayhew, the Lions will tender RFA defensive end George Johnson a contract, but won’t tender offers to Kellen Moore and Josh Bynes, though the team would like to re-sign Moore at a lesser rate. As for the lone ERFA on the roster, Mayhew said that Jeremy Ross will return to the club for 2015 (Twitter links via Michael Rothstein of ESPN.com).