The departure of Joe Douglas to the Jets has let to some front office shuffling for the Eagles. This week, the Eagles officially added the title of GM to Howie Roseman‘s nameplate and elevated Andy Weidl from director of player personnel to vice president of player personnel.

The Eagles will now forge ahead without Douglas in a quest to capture another Super Bowl ring. Here’s the latest from Philly:

How Will The Eagles Replace Joe Douglas?

Teams obviously hate to lose talented front office executives, and when it happens, the losing club will invariably wish the departing exec all the best and will lament how difficult it will be to replace him. 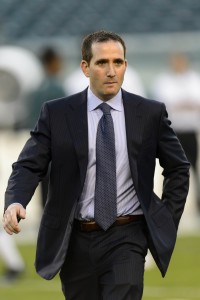 But for the Eagles, who lost Howie Roseman‘s second-in-command when Joe Douglas agreed to accept the Jets’ GM job several days ago, replacing Douglas really will be a tall order. Douglas was instrumental in some of the major roster decisions that turned Philadelphia into a Super Bowl champion at the end of the 2017 season, and his fingerprints are all over the 2019 club, which is again expected to compete for a title.

Berry is perhaps the most logical choice, as he was hired by the Eagles just a few months ago as a potential replacement for Douglas when Douglas ultimately moved on. Philadelphia may not have thought that it would need to fill Douglas’ role so soon, but it seemed the club knew that Douglas would get a GM gig sooner rather than later. Berry spent three years with the Browns as their vice president of player personnel, and while his background isn’t in college scouting, he is still widely respected in league circles and is seen as a future GM himself.

Weidl came to the Eagles along with Douglas in 2016, and he has a scouting background to rival Douglas’. Weidl may join Douglas’ new staff in New York, but that is still a fluid situation.

Gaine, meanwhile, was shockingly fired by the Texans just one year into his tenure as GM, and no one has been able to figure out exactly why. His inclusion on Rosenblatt’s list is perhaps more speculation than anything else, but Gaine has not — on the surface — done anything to damage his reputation as a talented executive, and he will surely get a prominent role somewhere. He may find Philadelphia’s strong front office as an attractive place to land on his feet.

The Eagles reworked backup quarterback and Super Bowl MVP Nick Foles‘ contract earlier this year, adding incentives to the deal while also tacking on a mutual option for the 2019 season. Initial reports indicated Foles will collect $250K per start and an additional $250K per win if he serves as Philadelphia’s starting quarterback, but he can earn even more than that during the postseason, according to Tim McManus of ESPN.com. For every playoff game in which Foles plays 33% of the Eagles’ offensive snaps, he’ll take home $500K. If the Eagles win a postseason contest with Foles under center, another $500K goes in his pocket.

“I have known Joe for several years and have admired his work with both the Ravens and the Bears,” Howie Roseman said in a statement. “He is a guy that we had targeted from the outset. I feel that we are very fortunate to have him lead our player personnel department. (Ravens GM) Ozzie Newsome and (Bears GM) Ryan Pace spoke very highly of him and his work. He is passionate about football, passionate about scouting and he played a vital role in the success of the Ravens over the last decade.”

MAY 8, 7:32am: The Eagles are set to hire Douglas as a head of their personnel department, Jeff McLane of the Philadelphia Enquirer reports. The move is expected to become official on Monday, according to McLane.

MAY 4, 3:55pm: The Eagles are interviewing Joe Douglas for their personnel chief job, and there’s a very good chance the Bears executive will be hired following that meeting, according to multiple reports. Brad Biggs of the Chicago Tribune first reported that Douglas, the Bears’ scouting director, would interview for the job opening in Philadelphia. 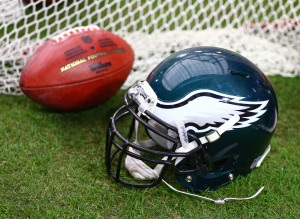 While Biggs referred to Douglas as a “very strong candidate,” several reporters since then have gone even further. Jeff McLane of the Philadelphia Inquirer writes that the interview is “believed to be a mere formality,” while Geoff Mosher of 97.5 The Fanatic (Twitter link) has heard from multiple sources that the job is Douglas’ if he wants it. Jason La Canfora of CBSSports.com adds (via Twitter) that the Bears are “bracing” for Douglas’ departure.

Having parted ways with head coach Chip Kelly and top personnel executive Ed Marynowitz at the start of the 2016 offseason, the Eagles handed the reins back to Howie Roseman, but had been on the lookout for an outside hire to head up their personnel department, replacing Marynowitz. After interviewing candidates like Brandon Hunt, Morocco Brown, Dwayne Joseph, and Mark Dominik in the winter, the Eagles decided to put their search on hold until after the draft. Now, they appear to have identified their preferred target, in Douglas.

Douglas, who joined the Bears approximately a year ago, spent the previous 15 years with the Ravens, serving as Baltimore’s national scout from 2012 to 2015. Assuming he is offered the Eagles’ job and accepts it, Douglas is expected to bring Ravens East Coast scout Andy Weidl with him, assigning him a prominent scouting role, tweets Mosher.

Per Mosher (via Twitter), Philadelphia’s official interview with Douglas will take place on Thursday, so we should have an update soon on whether he’ll be leaving Chicago to take the Eagles’ job.