The retirement of defensive tackle Cedric Thornton appears to be over. On Monday, Thornton was added to the 49ers’ active roster, Field Yates of ESPN.com (on Twitter) hears.

A former three-year starter for the Eagles, Thornton signed a four-year deal with the Cowboys prior to the 2016 campaign but lasted only a single season. He latched on with the Bills just before the 2017 season got underway and ultimately appeared in 15 games, playing on roughly a third of Buffalo’s defensive snaps. In 2018, he signed a lost-cost deal with the Niners, only to hang ’em up in August.

It’s not clear why Thornton retired in the first place, but it sounds like he has the itch to play once again. If he makes the Niners’ cut, Thornton will count for about $915K on the books.

A former three-year starter for the Eagles, Thornton signed a four-year deal with the Cowboys prior to the 2016 campaign but lasted only a single season. He latched on with the Bills just before the 2017 season got underway and ultimately appeared in 15 games, playing on roughly a third of Buffalo’s defensive snaps. In late July, he signed a lost-cost deal with the Niners.

It’s not clear why Thornton is retiring, but it’s possible that he decided to quit before the Niners potentially left him off of their 53-man roster.

The Eagles recently hosted free agent defensive lineman Cedric Thornton for a workout, according to Geoff Mosher of 97.5 The Fanatic (Twitter link). 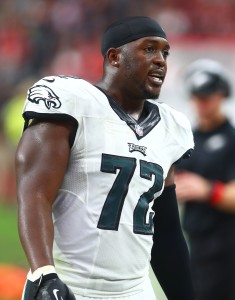 Thornton is no stranger to Philadelphia, as he signed with the Eagles as an undrafted free agent out of Southern Arkansas in 2012. Thornton, now 29, went on to start 45 games for the Birds, and was extremely effective after the Eagles shifted to a 3-4 scheme under Chip Kelly in 2014. As an oversized defensive end, Thornton especially excelled against the run.

Thornton signed a four-year deal with the division-rival Cowboys in 2016, but made it only one season in Dallas before being released. He quickly resurfaced with Bills on a single-season pact, and ultimately appeared in 15 games and made three starts for Buffalo. During that time, Thornton posted 18 tackles and two sacks, but graded as the fifth-worst interior defender among 122 qualifiers, per Pro Football Focus.

Now that the Eagles are running a 4-3 front, Thornton would likely line up at defensive tackle if signed. Philadelphia is on the hunt for depth given that starting tackle Timmy Jernigan is expected to miss four-to-six months following back surgery, while defensive ends Derek Barnett and Brandon Graham (who recently underwent a minor ankle operation, per Tim McManus of ESPN.com) are also recovering from surgery. The Eagles have also looked at other free agent defenders in recent weeks, as they expressed interest in Terrell McClain before he signed with the Falcons and met with Courtney Upshaw. 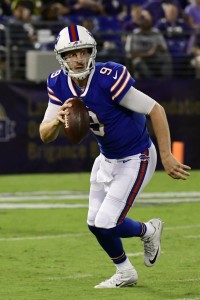 The Cowboys cut defensive tackle Cedric Thornton, as Todd Archer of ESPN.com tweets. His $3MM base salary was guaranteed for this year, so Dallas will be on the hook for that sum.

Thornton signed a four-year deal with Dallas worth $17MM last year but disappointed in his Dallas debut. The former undrafted free agent compiled only 22 tackles and 1.5 sacks on the year. The Cowboys were hoping he’d bounce back this summer, but they didn’t see the results they were looking for.

Dallas was already thin along the defensive line given that David Irving and Damontre Moore will begin the 2018 season on the suspended list. First-round pick Taco Charlton figures to start opposite Tyrone Crawford at defensive end.

The Packers will be returning seven wideouts from last year’s roster, and they’ve also brought in rookies DeAngelo Yancey and Malachi Dupre. A number of players could logically slot in behind starters Jordy Nelson, Randall Cobb and Davante Adams, and they’re all aware of the fierce competition.

Besides the starters and pair of rookies, the Packers are also rostering wideouts Jeff Janis, Geronimo Allison, Trevor Davis, and Max McCaffrey.