Davis Webb is staying in New York, as he will be signing to the Jets’ practice squad the team announced via Twitter. 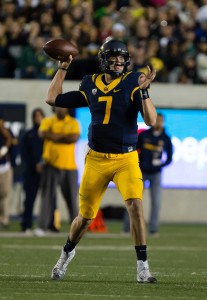 Webb, a 2017 third round pick of the Giants, was surprisingly let go during roster cuts on Saturday. While he’ll only be on the Jets’ practice squad, he’ll make the full salary that he would’ve on the active 53-man roster according to Ian Rapoport of NFL Network (Twitter link). That type of arrangement is an increasingly popular one in the NFL, used to lure top free agents to teams’ practice squads.

Webb was a high draft pick, but had no ties to the current Giants front office or coaching staff, so the decision was made to let him go. The Jets are a good landing spot for Webb, and the signing makes sense for both sides. After the Teddy Bridgewater trade, the Jets were left with only 39-year-old Josh McCown behind new starter Sam Darnold.

McCown won’t be with the team longterm, and Webb could definitely develop into the backup of the future to Darnold. It’s a low-risk move for the Jets, and Webb surely had a host of practice squad opportunities to choose from. Once hailed as a possible successor to Eli Manning, the 87th pick of last year’s draft ended his Giants career without ever attempting a regular season pass.