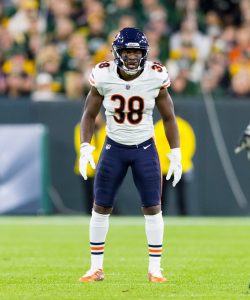 Adrian Amos In Talks With Bears

This year, Adrian Amos profiles as one of the best safeties available in free agency. Ideally, the Bears would like to keep him from the open market, and they’ve opened up talks with 25-year-old to try and keep him in the fold. 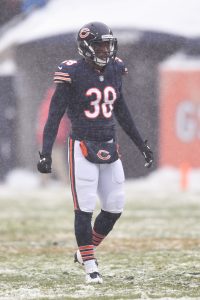 “At this point it’s really the waiting game. I want to be back in Chicago. Chicago has been talking back and forth, they want me back,” Amos told SiriusXM. “But we’ll see how things shake out. Nothing is certain right now. It’s still a little early. Over the next couple weeks, I guess we’ll find out a lot more.”

Amos, 26 in April, enjoyed the best season of his career at the perfect time. Starting in all 16 games, Amos finished out with 73 tackles, two interceptions, nine passes defensed, a fumble recovery, and a sack. The advanced metrics at Pro Football Focus positioned Amos as the eighth-best safety in the NFL last year, though he placed even higher in 2017.

For his part, Amos says he’d like to return to Chicago.

“I would like to be back, but the business part of it, it’s complicated sometimes,” Amos said. “Things still could happen, but I have to be prepared for all scenarios. I’m not writing anything off and that was the team I was drafted to as well. There could be a chance that I’m back and there could be a chance I’m anywhere. That’s the crazy thing about this situation where my contract’s up so anything could really happen. I’m just sitting back and really waiting to see what happens.”

Meanwhile, he also recognizes that the Broncos would be a good fit now that his former defensive coordinator Vic Fangio is Denver’s new head coach.

“I don’t know, but obviously that would be a fit where I know the defense and things like that,” Amos said. “But it’s not something that I’m pinpointing like, ‘Hey, I want to go there,’ or anything like that. I’m just keeping all options open. First and foremost, I’m a Bear right now, so that’s a main focus early on. But if that doesn’t work out, then I have to explore what team fits me best, what team gives me the best opportunity to take care of my family as well as progress on the football field.