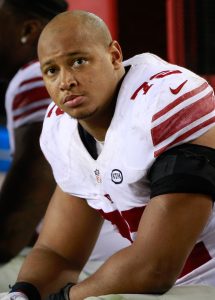 With former Giants defensive backs coach Lou Anarumo now in place in the Bengals‘ defensive coordinator, Cincinnati is attempting to corner the market on ex-New York defenders. Having already signed cornerback B.W. Webb and met with defensive end Kerry Wynn, the Bengals sat down with former Giants safety Curtis Riley on Thursday, according to Field Yates of ESPN.com (Twitter link). A former undrafted free agent and special teamer with the Titans, Riley was forced into a premier role with New York in 2018 and ended up starting all 16 games. He looked overmatched, however, and graded as just the No. 79 safety among 93 qualifiers, per Pro Football Focus. Cincinnati is already set at safety with Jessie Bates and Shawn Williams as 2019 starters, so Riley would likely revert to a special teams role if signed.

Bengals To Meet With Kerry Wynn

Kerry Wynn will visit the Bengals on Thursday, according to Jordan Raanan of ESPN.com (on Twitter). Wynn, a versatile lineman and quality special teams player, also has the interest of the incumbent Giants. 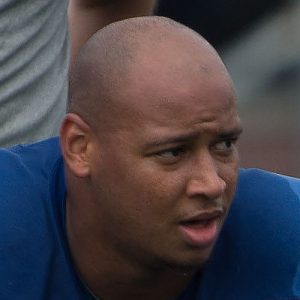 Wynn, 28, notched 1.5 sacks and 39 tackles while playing both end and tackle last year. For his work in 393 snaps, Wynn graded out as the No. 77 ranked defensive tackle in the league last year, per Pro Football Focus. The Bengals, meanwhile, got solid performances from Geno Atkins (No. 18) and Andrew Billings (No. 38), plus quality support from Christian Ringo, Josh Tupou, Adolphus Washington, and Ryan Glasgow in smaller samples.

The Giants were interested in signing Vinny Curry, but he left the Bucs to return to the Eagles on Thursday. That could ramp up the Giants’ urgency in getting retaining Wynn, but he’ll first hear what the Bengals have to say. 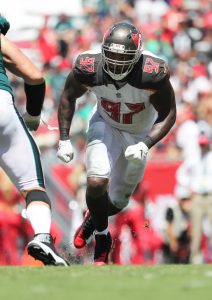 Curry, a pass-rushing veteran, hit the open market in February when he was released by the Buccaneers. Last year, Curry tallied 21 tackles, 2.5 sacks, seven quarterback hits, and five tackles for a loss, numbers that don’t exactly jump off of the page. However, pass rushers are continually in demand, and his 2017 season with the Eagles showed promise, so Curry could still be in line for a nice payday from the G-Men or another club.

Recently, Curry took his first visit of this free agent cycle when he met with the Bengals. The Bengals have Carlos Dunlap and Sam Hubbard slotted in as starters, but Curry could compete with Carl Lawson and Jordan Willis for reserve time. There’s also opportunity in New York for Curry after the trade of Olivier Vernon to the Browns.

The Giants still have interest in bringing back Kerry Wynn, though Raanan notes that Wynn also has some other options.

The Giants have agreed to re-sign Kerry Wynn, according to Jordan Raanan of ESPN.com (on Twitter). It’s a one-year deal for the defensive lineman. 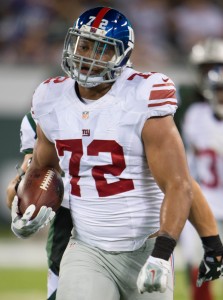 Wynn has been with the Giants for his entire NFL career, dating back to when he entered the league as an undrafted free agent. However, his return was not assured due to the presence of new defensive coordinator James Bettcher. There was some thought that he would not fit well in the former Arizona DC’s 3-4 scheme, but the Giants apparently believe that he can make the transition.

Wynn appeared in 15 games last season, including three starts. He finished out with 19 tackles and a sack.

The Giants also plan on meeting with defensive lineman Josh Mauro, who has history with Bettcher.