Adam Gase became a polarizing figure during his stint as the Jets’ head coach, to put it kindly. His tenure was nothing short of a disaster as New York finished 2-14 this year, and media and fans alike are united in their dislike of him. That being said that might not be enough to damage Gase’s rep in league circles, and it sounds like he could have some opportunities in front of him. Even before Bill Belichick recently sung his praises ahead of Week 17, Ben Volin of the Boston Globe writes that he had already heard Gase’s name connected with the Patriots.

Volin thinks Gase would make sense as the Patriots’ new quarterbacks coach with Jedd Fisch taking the head coaching job at Arizona, or potentially the new OC if Josh McDaniels left. As he points out, there are legit ties here. Both Gase and McDaniels got their first coaching jobs as student assistants on Nick Saban’s staff at Michigan State in 1999. Then Gase was McDaniels’ receivers coach when McDaniels became head coach of the Broncos. With Gase being the Dolphins’ coach before landing the Jets job, he’s spent the past handful of years going up against Belichick twice a year in the AFC East. This hire would certainly raise a lot of eyebrows if it happens.

Here’s more from around the division:

The Bills have officially signed third-round running back Zack Moss, according to Field Yates of ESPN.com (on Twitter). Per the terms of his slot, Moss will earn $4.6MM over the course of his four-year deal. 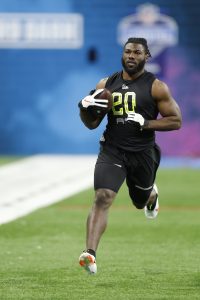 Moss could have gone much higher 2019 draft, if not for season-ending knee surgery. Before he went under the knife, he racked up 1,096 rushing yards off of 179 carries, good for an average of 6.1 yards per attempt. When he came back last year, he went off for 1,400 yards with a 6.0 ypc average.

Moss’ knee checked out well in a pre-draft exam and the Bills believe that Moss is ready to be a difference-maker at the pro level. In Buffalo, Moss will team with Devin Singletary to form a 1-2 backfield combo.

With Moss officially in the fold, the Bills have now wrapped their entire 2020 draft class. Here’s the full rundown, via PFR’s tracker:

The surgically-repaired knee of Utah running back Zack Moss check out well in a recent exam, as Adam Schefter of ESPN.com tweets. His agent tells Schefter that all 32 NFL teams have been notified of the results, which could boost his stock over the next few weeks. 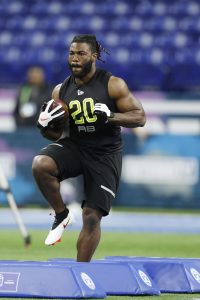 Moss went under the knife in 2018, which prevented an early jump to the pros. Before that, he racked up 1,096 rushing yards off of 179 carries, good for an average of 6.1 yards per attempt. Moss didn’t show any ill effects last year, either – he went off for more than 1,400 yards with a 6.0 ypc average.

All together, Moss ran for over 4,000 yards at Utah, including three straight seasons of 1,000 yards or more. Still, his injury history might make some evaluators skittish. Georgia’s D’Andre Swift, LSU’s Clyde Edwards-Helaire, Ohio State’s J.K. Dobbins, Florida State’s Cam Akers, and Wisconsin’s Jonathan Taylor could all come off the board before him.

Still, even if Moss isn’t a Day 1 selection, he’ll likely be a Day 2 pick for a team in need of backfield help. Moss offers power at around 220 lbs and he’s quicker than most ‘backs his size.