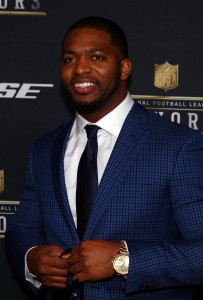 The Dolphins are signing safety Bacarri Rambo, a source tells Mike Garafolo of NFL.com (Twitter link). Miami worked out a group of safeties earlier today, including veteran James Ihedigbo, Major Wright, and Sergio Brown, but Rambo will be the defensive back putting pen to paper. 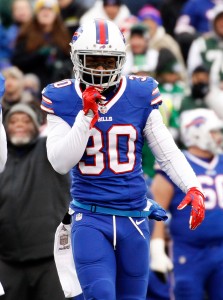 Rambo, 26, appeared in 15 games (eight starts) for the Bills last season, but wasn’t tendered as a restricted free agent once the year concluded. A 2013 sixth-round pick, Rambo began his career with Washington, playing 13 games for the Redskins over one-plus years before signing on with Buffalo midway through the 2014 campaign. All told, Rambo has posted 77 tackles and three interceptions during his three-year career.

The Dolphins had been on the lookout for defensive back help since losing safety Reshad Jones for the season last week. Rambo will join Michael Thomas and Walt Aikens as Miami’s options to play opposite Isa Abdul-Quddus.

The NFL announced a change to its injury reports, as the “probable” label is no longer in effect, tweets Ian Rapoport of NFL.com. As the league explains in its memo, approximately 95% of the players listed as “probable” ended up playing in that week’s games, rendering it essentially irrelevant. No replacement is in store for the “probable” tag, as teams will rely solely on “questionable,” “doubtful,” and “out.”

12:29pm: The Bills have announced the signing of Rambo in a press release, confirming that moving McKelvin to injured reserve is the corresponding transaction.

10:43am: The Bills are adding a pair of defensive backs today, signing one to the 53-man roster and one to the practice squad. Mike Garafolo of FOX Sports reports (via Twitter) that the team is signing safety Bacarri Rambo to its roster, while Mike Rodak of ESPN.com tweets that cornerback Brandon Smith is joining the practice squad.

Rambo, 24, was a regular contributor in the Washington secondary last season, starting three games and appearing in 11. For the season, he totaled 42 tackles and added a sack. Since being released by Washington about two months ago, he has worked out for several teams, including the Saints, Titans, Bucs, Colts, Giants, and Bears, but hadn’t found a new NFL home until now.

The Bills had an open spot on their taxi squad, so no one will need to be dropped to make room for Smith, but with no openings on the 53-man roster, a corresponding move will be required to make the signing of Rambo official. It appears that move will be to place injured cornerback Leodis McKelvin on injured reserve. McKelvin fractured his ankle during last Thursday’s game, and head coach Doug Marrone indicated today that the team was “finalizing” a roster move related to the cornerback (Twitter link via Rodak).

After missing two meetings and subsequently being waived, former Saints linebacker Khairi Fortt is going to be evaluated for the sleep problems that he suspects he has, according to Ramon Antonio Vargas of The Advocate (via Twitter). Is it too late for Geno Smith to change excuses? Here’s tonight’s look at the NFC South..

The Colts have worked out a number of safeties this week looking to improve their secondary. Among those they have considered are Chris Clemons, DeJon Gomes, M.D. Jennings, Jerron McMillian, Bacarri Rambo, Jamarca Sanford, reports Howard Balzer of LockerDome.com (via Twitter).