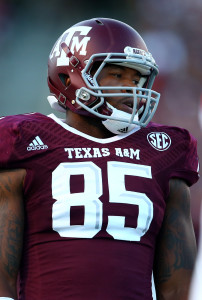 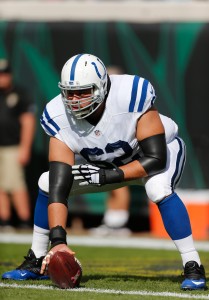 The Colts announced that they have signed tight end Cameron Clear. Clear will give the Colts a bit of insurance as tight ends Coby Fleener and Dwayne Allen approach unrestricted free agency.

Clear was in camp with the Steelers prior to the 2015 season before injuries led to him going on IR and, eventually, securing his release. The 6’5″ tight end is no stranger to the workout circuit, as his player page on Pro Football Rumors shows, but he has yet to see live action in the NFL. Needless to say, he will not solely serve as a replacement if Fleener and Allen sign elsewhere. However, he can be a low-risk reserve option with blocking ability for the Colts if one of the two players leave in free agency. The Colts also have backup tight ends Jack Doyle and Erik Swoope on the depth chart.

Allen made 16 catches in 13 games for the Colts this season. He hasn’t been able to match the production he put up as a rookie in 2011 in terms of receptions (45) and yardage (521), but he did amass a career-best eight touchdowns in 2014. Fleener, meanwhile, appeared in all 16 games, racking up 54 catches and 491 yards with three touchdowns. The 27-year-old (28 in September) tied Allen with a career-high 8 touchdowns in 2014.

Wednesday’s workouts from around the NFL:

Police are looking into whether Raiders linebacker Ray-Ray Armstrong illegally taunted a police dog before a game against the Steelers on Sunday, as an Associated Press report outlines. Chief Deputy Kevin Kraus says a player lifted his shirt, beat his chest and barked at the K-9 before telling a deputy to release the dog. Needless to say, the deputy did not follow Armstrong’s orders.

Taunting a police dog is a third-degree felony in Pennsylvania, so the consequences could potentially be severe for the linebacker. It’s not a concern for Raiders head coach Jack Del Rio though, who downplayed the story during an appearance on SiriusXM NFL Radio (link via FOX Sports).

“I’ve caught wind of this story. I’m going to put it in the ‘silly’ category,” Del Rio said. “I think once the facts come to light I don’t think there’s going to be much of an issue. I wouldn’t make too much of it.”

Earlier today we learned that the Patriots worked out wide receiver Hakeem Nicks. As it turns out, they also auditioned two other players: running back Isaiah Pead and tight end Nick Kasa (via Aaron Wilson of the Houston Chronicle on Twitter).

Pead, 26 in December, was once expected to become a leading rusher for the Rams as the heir apparent to Steven Jackson. Things never worked out that way for the 2012 second-round pick, but he did spent three years and change with the club, playing in 27 games with one start. This year, Pead appeared in just two games and notched two carries for three yards before he was released.

Here’s a rundown of today’s workouts and auditions from around the NFL..