The Titans made a pair of roster moves Wednesday. Tennessee is placing tight end Delanie Walker on injured reserve, and signing kicker Ryan Santoso to take his place on the roster, the team announced. 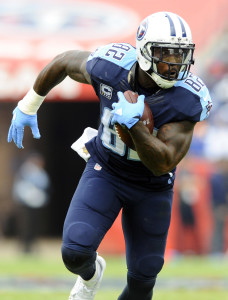 Walker started the season as the Titans’ starting tight end once again, but the 35-year-old was hampered by the ankle that he had surgery on last year. A severe ankle injury cost him all but one game last season, and with the injuries piling up it’s possible this is the end of the road for the longtime veteran. He’ll finish 2019 having played in seven games, with 21 catches for 215 yards and two touchdowns.

Walker has been playing in the league for 14 seasons, and has been with the Titans since 2013. He had at least 800 yards for four straight seasons from 2014 through 2017. He’s under contract for next season, but the Titans can get out of it pretty easily if they want to. He signed a two-year, $17MM extension with $10.5MM guaranteed before last season.

In his absence the team will continue to lean on Jonnu Smith, a third-year player who has flashed a lot of promise. Tennessee also added Santoso, but regular kicker Ryan Succop isn’t going anywhere. The team intends to carry two kickers for now, writes Jim Wyatt of the team’s official site. Santoso is a Minnesota alum who has never kicked in a regular season game. It appears that he’s going to be tasked with handling kickoffs, while Succop continues to kick field goals.