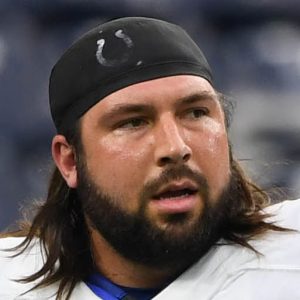 With Vujnovich going to IR, the Cardinals are now without two of the five players who started on the offensive line in Sunday’s lopsided loss to the Chargers. Andre Smith was released on Monday and has since rejoined the Bengals.

Vujnovich, 28, appeared in five games for the Cardinals this year and started twice. In 2017, he started all 16 games for the Colts at left guard, but he has struggled in Arizona this year. In Week 10, for example, Vujnovich allowed three sacks against the Chiefs. He’ll likely be replaced at right guard by Oday Aboushi.

Holden was most recently with the Saints’ practice squad. Last year, Holden appeared in seven games (five starts) for the Cardinals and saw snaps at left guard, left tackle, and even tight end.

Long snapper Jon Condo spent 12 years with the Raiders, earning a pair of Pro Bowl nods along the way. However, the organization moved on from the 36-year-old this offseason, opting to roll with a younger alternative in Andrew DePaola.

While Condo may have 176 games under his belt, he isn’t planning on hanging up his cleats any time soon.

“I’m a free agent right now,” Condo told Mike Boytim of the Altoona Mirror. “My first year was 2005, so I’ve been in the league for 13 years. I’m happy with where I’m at, but I’m also hungry to get back out on the field. If a team comes calling, I’m definitely staying available and keeping in shape. I want to make myself ready for the opportunity.”

While Condo had a visit with the Texans earlier this offseason, he understands that his opportunities have essentially dried up. However, he’s still optimistic that a job could open up during the preseason.

“There’s definitely teams interested,” Condo said. “But with me being 36 years old, they want to give the reps to the younger guys. They know what I can do. If they want to see me, they can put on 12 years of film. I’ve spoken with my agent, and he told me a lot of teams are interested in me, but right now it’s a matter of someone getting hurt or a team losing confidence in their guy.”