The 49ers are set to sign quarterback Josh Johnson, according to Matt Barrows of The Athletic (on Twitter). Once he clears COVID-19 protocols, Johnson will be added to the club’s practice squad.

Johnson, 34, was last seen with the Los Angeles Wildcats of the XFL. Before the season even started, the veteran had an offer on the table from the Lions. However, the XFL stepped in and blocked him from that deal. Over the years, Johnson has signed deals with 13 different teams. That includes multiple stints with the 49ers in 2012 and 2014.

Now, he’ll backstop a QB room that has been without starter Jimmy Garoppolo for weeks. On that front, the Niners got some good news — doctors are not currently recommending surgery to fix his ankle injury and the hope is that he can return before the season is through. For the time being, he’ll remain on IR.

Nick Mullens served as the 49ers’ starter on Thursday against the Packers with C.J. Beathard as the QB2. After Mullens forced some bad throws, it’s possible that the depth chart could be reshuffled between now and their next game against the Saints. 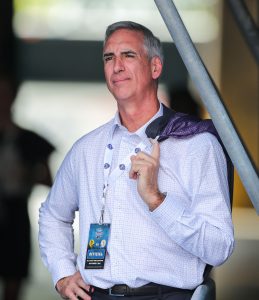 The XFL blocked the Lions from signing quarterback Josh Johnson, according to ESPN.com’s Adam Schefter (on Twitter). Johnson, who was assigned to the Los Angeles Wildcats last week, cannot get out of his commitment without the permission of the fledgling league.

XFL execs, including owner Vince McMahon and CEO Oliver Luck, have spoken about the idea of partnering with the NFL in some capacity to serve as a breeding ground for talent. At the same time, the XFL is understandably protective of its top talents. Johnson, who has been signed by 13 NFL teams over the course of his career, offers the kind of name recognition that can’t be easily replaced.

This isn’t Johnson’s first rodeo in professional football outside of the NFL. He was also a part of the UFL and the short-lived AAF, so he’s encountered similar situations before.

Meanwhile, the Lions will continue to search for quarterback support in the wake of Matthew Stafford‘s injury. Stafford wants to keep playing, but the Lions are reportedly thinking about shutting him down for the year.

Earlier this morning, the XFL announced a series of quarterback assignments. The league assigned Josh Johnson to the Los Angeles Wildcats, quarterback Taylor Heinicke to the St. Louis Blackhawks, and Chase Litton to the Seattle Dragons.

The move adds another bullet point to Johnson’s absurdly long transaction history in professional football. Since playing for Jim Harbaugh at the University of San Diego from 2004-2007, Johnson has been signed by 13 different NFL teams and had stints in two other upstart leagues (the UFL and AAF). While he is unlikely to ever be an NFL starter, his long-run of opportunities suggests he has the talent and mindset to be quite successful in a situation like the XFL.

Heinicke and Litton are both noticeably younger than Johnson, but have NFL resumes of their own. Litton has never appeared in an NFL game, but was signed to a reserve/futures contract by the Chiefs and signed to the Jaguars practice squad before he was released in October. Heinicke has bounced between four NFL organizations. He has appeared in seven games and started in Week 16 last season for the Panthers. Heinicke is a career 36 for 58 on passing attempts for 320 yards with one touchdown and three interceptions.

The Lions worked out a pair of quarterbacks this morning, and they’ll be adding one to the roster. Detroit has signed veteran Josh Johnson, reports NFL Network’s Mike Garafolo (via Twitter).

The Lions’ current backup Tom Savage left Thursday’s preseason game after his head hit the turf, necessitating this move. Savage has a history of concussion issues, so there’s a chance he’ll be sidelined for a while. While the Lions are rostering David Fales, the team wanted another healthy quarterback to play behind Matthew Stafford. We learned yesterday that the Lions were auditioning both Johnson and Landry Jones.

The 33-year-old Johnson has spent time with 12 different NFL teams during his career. He made an appearance late last season with the Redskins, appearing in four games with three starts. He completed 52 of his 91 pass attempts for 590 yards, three touchdowns, and four interceptions. He also ran for 120 yards and a touchdown on 23 carries.

Johnson recently turned down a contract from the Ravens as he apparently felt he wasn’t going to be anything more than a short-term camp arm. It sounds like the situation is different in Detroit, where Johnson could stick around for the regular season. 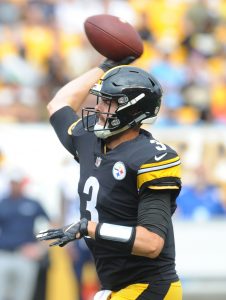 It wasn’t meant to be. Quarterback Josh Johnson has turned down a contract offer from the Ravens, according to Ian Rapoport of NFL.com (on Twitter). 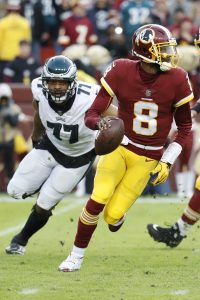 Johnson would have been a logical fit for the Ravens given his history with the club and the team’s need for another arm in camp. However, RGIII will likely return when the season begins, so Johnson didn’t feel it was the right opportunity. Instead, he’ll presumably wait for another camp injury and a better opportunity to make someone’s 53-man cut.

Johnson has toured much of the NFL over the course of his career, but went many years without actually taking a snap. At the age of 33, Johnson is probably tired of the add/drop game and is looking for something stable. This season will mark Johnson’s 12th in professional football.

The Ravens are set to work out quarterback Josh Johnson, according to Ian Rapoport of NFL.com (on Twitter). Johnson could provide depth in Baltimore following the injury to RGIII.

Griffin will miss four to eight weeks after suffering a hairline fracture in his right thumb Saturday night and there’s some fear that he could miss regular season time. Johnson, meanwhile, could backstop the QB room behind starter Lamar Jackson and sixth-round Penn State product Trace McSorely.

Last year, Johnson made three starts for the Redskins and finished out three touchdowns, four interceptions, and a 1-2 record. Prior to that, he hadn’t thrown a regular season pass since 2011.