Nick Polk emerged on Washington’s general manager radar last month, and while he did not end up landing that job, the longtime Falcons staffer is now an executive free agent.

The Falcons are parting ways with Polk, Pro Football Talk’s Mike Florio notes. The team confirmed the move this week. Polk, who served as the team’s director of football operations, had been with the Falcons for most of this century.

Polk spent 18 years with the Falcons. His arrival predated both Thomas Dimitroff and Rich McKay‘s. Dimitroff deployed Polk on salary cap matters and contract negotiations. Prior to the promotion to his most recent job, Polk served as the team’s director of football administration.

Before hiring Martin Mayhew as its next GM, Washington requested an interview with Polk earlier this year. Interestingly, the Falcons hired a longtime Washington staffer to work as a front office lieutenant. Last week, the team hired Kyle Smith, whom Washington did not interview for its GM position.

This move is not exactly surprising. The Falcons are starting a new era, with ex-Saints exec Terry Fontenot coming over to replace Dimitroff. This marks the Falcons’ first GM change in 13 years. Their reformed front office has work to do, however. The team projected to be nearly $40MM over what is expected to be a reduced 2021 salary cap.

After the Washington GM job sat vacant for a year, the team is moving ahead with several candidates for the position. These two join ex-GMs Marty Hurney, Martin Mayhew and Rick Smith, along with Titans staffer Ryan Cowden, in Washington’s search so far. Wooden and Polk are much less seasoned on the GM circuit, but each has been a high-ranking NFL exec for well over a decade.

Wooden serves as the Chargers’ director of player personnel and has been with the franchise since Tom Telesco‘s 2013 arrival. A Syracuse linebacker in the late 1980s and early 1990s, Wooden spent 16 seasons with the Jets, beginning under Bill Parcells in the late ’90s. Wooden worked as Gang Green’s assistant player personnel director for six seasons prior to a relocation to San Diego. 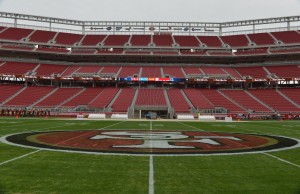