Perry’s interesting post-draft NFL journey continues. Initially slated to join the Eagles as a UDFA, he ended up signing with the Jaguars days later. Then, in July, he was waived (with an injury designation) to make room for Sloter’s addition. Perry has obviously recovered, as the two have now swapped placed once more.

Fenton was one of four Chiefs placed on the PUP list at the start of training camp. That came as little surprise at the time, but his return to practice will be a welcomed sight in Kansas City’s secondary. NFL Network’s James Palmer tweets that Fenton’s preseason availability remains a question mark, but that he is still expected to be fully recovered in time for the regular season.

Jackson was a fifth-round pick in this year’s draft at a position which has been in flux throughout the offseason in New Orleans. The 24-year-old had a highly productive final season in particular at Appalachian State, posting 119 tackles, 20 TFLs and six sacks. He will now have to wait until 2023 to carve out a depth role in the middle of the Saints’ defense. 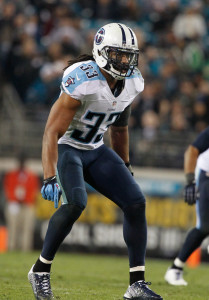 Griffin, 33, spent nine seasons with the Titans from 2007-15. During that time, the former first-round pick was a mainstay in the club’s secondary, making 141 appearances and 133 starts. While never a star, Griffin did earn two Pro Bowl nods with Tennessee, and was also named second-team All-Pro in 2010. In his run with the Titans, Griffin ranked as a top-10 safety in interceptions, forced fumble, and approximate value, Pro Football Reference’s value over replacement metric.

Griffin bounced around at the end of his career, as he agreed to a one-year contract with the Vikings in 2016 but failed to make the team’s roster out of training camp. He subsequently landed with the Panthers and played in 13 games, but didn’t find a deal for the 2017 campaign.

PFR extends it best wishes to Griffin as he enters retirement.

Could the Broncos use Trevor Siemian as trade bait? Adam Schefter of ESPN.com wonders aloud if Denver could shop the quarterback at some point given that Paxton Lynch is their signal caller of the future. The Broncos drafted the Memphis product with the idea that he could play right away and there are surely plenty of teams that would have interest in Siemian now that he has proven himself to be a capable QB. By the same token, the Broncos are 3-0 and they’re obviously not looking to jettison their starter right now.

At the age of 31, Griffin is not the player he once was. But, he still managed to start 14 games for Tennessee last season, accruing 65 tackles, one interception, and one sack. He was not expected to be a focal point of Minnesota’s secondary and before the season opener, the Vikings decided that he didn’t have a place on the roster either. Griffin is no longer a top safety, but he can certainly provide help at the position for Carolina. Last season, he logged 100 or more tackles for the sixth time in seven years.

Love, 29, will give the Panthers additional defensive line help while Vernon Butler deals with a high ankle sprain. Love spent the offseason with the Panthers but missed the 53-man cut in early September.

WEDNESDAY, 5:37pm: Griffin and the Vikings reached an injury settlement, sending the veteran safety into free agency, Ben Goessling of ESPN.com tweets. Griffin injured his back in late August.

SATURDAY, 5:07pm: The Vikings announced that they’ve actually placed Griffin on IR, but could presumably release him with a settlement.

SATURDAY, 1:00pm: The Vikings quest to get down to 53 will include the release of a veteran safety. Michael Griffin, who just joined the Vikings this offseason, has been cut. Griffin wrote the following on Instagram (sic):

“Just want to thank the @vikings organization for the opportunity and want to wish them the best the Season. Thanks for memories and friendships that will never be broken.”

At the age of 31, Griffin is not the player he once was. He still managed to start 14 games for Tennessee last season, accruing 65 tackles, one interception, and one sack. He was not expected to be a focal point of Minnesota’s secondary, but he apparently didn’t do enough to make the team this summer.

For a full list of the Vikings cuts today, check out our Vikings tracker.

MARCH 14, 1:43pm: The Vikings have officially confirmed their deal with Griffin, via a press release.

MARCH 9, 5:20pm: Griffin will sign for one year, and can earn $3.5MM (or $4MM through incentives), tweets Chris Tomasson of the St. Paul Pioneer Press.

5:03pm: The Vikings are in agreement with free agent safety Michael Griffin, according to Ian Rapoport of NFL.com (Twitter link). Griffin was released by the Titans at the beginning of February.

Minnesota has been fairly active on the free agent market today, but they’d also been proactive in retaining one of their own safeties in Andrew Sendejo, who agreed to a four-year deal earlier in the week. But even after retaining Sendejo, the Vikings showed interest in other safeties — such as George Iloka and Reggie Nelson — so it’s probably safe to say the club is more comfortable with Sendejo as a reserve.

Griffin, then, is probably being counted on to start, at the age of 31, he’s not the player he once was. He still managed to start 14 games for Tennessee last season, accruing 65 tackles, one interception, and one sack, and he won’t have to be the focal point of the Vikings’ secondary — Harrison Smith and Xavier Rhodes are the premier players in Minnesota’s defensive backfield, so Griffin can take on more of a complementary role. Griffin ranked as PFR’s No. 15 available safety.

AS noted, the Vikings have made a number of signings today, including guards Alex Boone and Mike Harris and linebackers Emmanuel Lamur and Travis Lewis.

Lions cornerback Darius Slay has made it clear that he’d like to sign an extension with Detroit, and it looks like some movement may be coming on that front. According to Jason Cole of Bleacher Report (video link), Slay’s new agent Drew Rosenhaus will meet with the Lions at the scouting combine to discuss a new contract. As Cole notes, it probably makes sense for Detroit to strike a deal now — and add some guaranteed money in 2016 while they’re flush with cap space — instead of waiting until next offseason and running the risk of having to franchise Slay.

Here’s a few more notes from around the NFL: