The Ravens have made their second trade of the week. NFL.com’s Ian Rapoport reports (via Twitter) that Baltimore has traded offensive lineman Greg Mancz to the Dolphins for a late-round draft pick. ESPN’s Jamison Hensley clarifies (on Twitter) that Mancz and a seventh-round pick (acquired from the Patriots earlier this week) will head to Miami, with the Dolphins sending the Ravens a sixth-round pick. 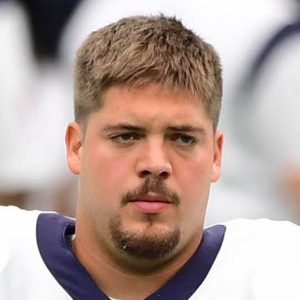 Mancz, a former undrafted free agent, spent six years with the Texans, starting 13 of his 28 games. However, the veteran struggled to get on the field during his final two seasons in Houston, combining for only 13 games played. This included a 2020 campaign when he saw time in only four games, with the majority of his snaps coming on special teams.

The 29-year-old joined the Ravens practice squad late last season, and he inked a reserve/futures contract with the team in January. However, as the preseason went on, most pundits dropped the veteran from their roster predictions.

Now, Mancz will have a chance to stick around Miami. The veteran could be useful thanks to his versatility; he’s lined up at center, guard, and right tackle throughout his career. The Dolphins’ offensive line appears to be just about set, but the team could be looking for some reinforcement after second-round rookie Liam Eichenberg suffered an injury during this week’s practice. Adam Beasley of ProFootballNetwork.com speculates that today’s move could also cost veteran Matt Skura his roster spot. The veteran center already found himself behind Michael Deiter on the depth chart, and cutting the 28-year-old could save Miami $1.4MM against the cap.

Here are the latest reserve/futures deals handed out around the league:

The Texans are saying farewell to a former full-time starter on their offensive line. In a bit of a surprise Houston has released center Greg Mancz, according to Mike Garafolo of NFL Network (Twitter link).

Mancz signed with the Texans as an undrafted free agent, and carved out a very nice run. He ended up starting all 16 games for them in 2016, and seven the following year. He signed a two-year extension worth $6MM right before the start of the 2018 campaign, but ended up making it through only one year of that deal.

The Texans gradually sought to improve their offensive line to give Deshaun Watson better protection, and Mancz was ultimately squeezed out. He started four games in 2018 which was reduced to just one last year. Houston decided the Toledo product was a bit expensive as a pure backup, although it’s possible he’s brought back at some point down the line.

Once thought to be the Browns‘ top choice for their latest GM vacancy, George Paton backed out of the race. However, a deal may not have been imminent. The Browns had yet to make Paton an offer, according to Albert Breer of SI.com. Paton’s reasons for backing out of the Cleveland search are not totally clear, but Breer confirms an issue with Jimmy Haslam‘s organizational hierarchy was one of them. Most of the Browns’ GM candidates had an issue with Haslam’s setup — in which the GM, Kevin Stefanski and chief strategy officer Paul DePodesta report directly to the owner — and Paton was not an exception, Breer adds. With the Browns since bringing Andrew Berry back to Cleveland as the NFL’s youngest GM (at 32), Haslam has now worked with six GMs or front office heads since buying the team in 2012. While Breer notes Paton was seriously considering taking the job after the first interview went well, the frequently hesitant Vikings exec will stay in his assistant GM post in Minnesota.