The Rams will be without starting left guard David Edwards for Monday’s matchup against the division-rival 49ers. As Jourdan Rodrigue of The Athletic reports, Edwards told head coach Sean McVay that he was feeling “foggy,” and he entered the concussion protocol on Saturday morning (Twitter link). 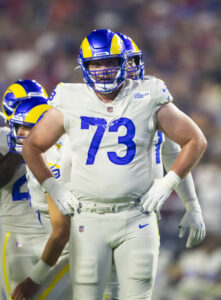 Given the situation surrounding Dolphins quarterback Tua Tagovailoa, which prompted the league and union to amend the concussion protocols, the way in which NFL teams handle brain injuries will be even more scrutinized in the near-term. McVay, though, was clear that the Tagovailoa matter had no impact on Edwards’ treatment.

“[I]t was great for [Edwards] to be able to kind of communicate,” McVay said (via Sarah Barshop of ESPN.com). “We took the right steps, especially, with the [Tagovailoa] situation that occurred on Thursday. But really just in general, regardless of whether or not that happened with [Tagovailoa], [it’s] something we take very serious and I appreciate him handling it the right way.”

Edwards, a 2019 fifth-rounder, spent more time at right guard than left in his rookie campaign, but he has settled in as the club’s starting LG over the past several seasons. He received above-average marks from Pro Football Focus in both the 2020 and 2021 campaigns, and a repeat performance in 2022, his platform year, could set him up for a multi-year extension from the Rams or a lucrative free agent contract in 2023.

This continues a disturbing trend along the Rams’ O-line. Starting center Brian Allen, who underwent a knee procedure following Los Angeles’ season-opening loss to the Bills, will also miss the San Francisco game — his third straight absence — while both Tremayne Anchrum and third-round rookie Logan Bruss are out for the season.

Per Rodrgiue, Bobby Evans will fill in at LG in Edwards’ stead (Twitter link). Evans was selected several rounds before Edwards in 2019, and while he started seven games in his first professional season, he has started only one contest since.

The Rams’ celebration period for their Super Bowl LVI victory over the Bengals has wound down, and it’s time for Los Angeles to start gearing up for a potential repeat. There’s a bit of work to do on the offensive line with the retirement of left tackle Andrew Whitworth and the departure of right guard Austin Corbett in free agency.

According to ESPN’s Sarah Barshop, the Rams have long hoped that 2018 third-round pick Joseph Noteboom would eventually be prepared to fill in when Whitworth finally hung up his cleats. He’ll likely get that opportunity this season. Barshop also mentions that head coach Sean McVay said during minicamp that a competition will take place for the vacant right guard spot. Bobby Evans has been penciled into that starting role since Corbett left for Carolina, but the Rams were reportedly ecstatic to land Wisconsin guard Logan Bruss in the third round of the 2022 NFL Draft. Expect Bruss to push Evans for the starting right guard job this summer.

Here are a few other rumors from around the NFC West, starting with a note out of last year’s fourth-place team in the division:

The Rams have placed nine more players on the reserve/COVID-19 list, including linebacker Von Miller. Per ESPN’s Adam Schefter (on Twitter), the following players have been sidelined:

The Rams are now up to 25 players on the reserve/COVID-19 list. While the organization will surely activate some players prior to Sunday’s game against the Seahawks, they’ll still have a long list of absences for the contest. Cornerback Jalen Ramsey and wideout Odell Beckham are among the other Rams players who were already stashed on the list.

Yesterday, commissioner Roger Goodell said the NFL wasn’t planning on postponing or cancelling any upcoming games. The Browns and WFT are among the other teams that are dealing with more than 20 players on the COVID list. 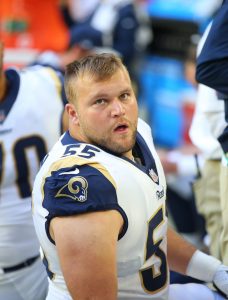 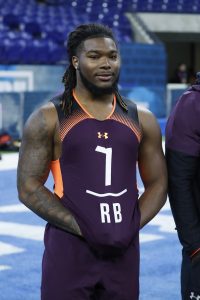