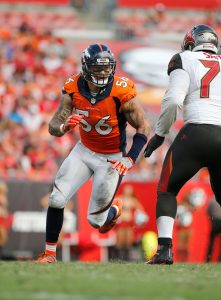 In their quest to bolster their pass rush, the Jets worked out a pair of recognizable edge defenders today. Per Aaron Wilson of the Houston Chronicle, Gang Green brought in Shane Ray and Nate Orchard for visits (Twitter link).

Interestingly, both players worked out for the Bears last Tuesday, but obviously neither signed with Chicago. Ray, a former first-round pick of the Broncos, was among the Ravens’ final cuts before the regular season got underway. After posting 12 sacks in his first two seasons, Ray missed large portions of the next two years due to injury and is looking to show that he can still be an effective QB hunter.

Orchard, meanwhile, looked as if he would make the Dolphins’ roster after a strong preseason, but Miami surprisingly cut him prior to the first game of the 2019 campaign. He also worked out for the Lions after the Dolphins sent him packing.

In addition to Ray and Orchard, the Jets took a look at defensive ends Jamal Davis, Kasim Edebali, and Markus Jones, as well as OLB Chuck Harris.

The Ravens have released linebacker Shane Ray, according to Jamison Hensley of ESPN.com (on Twitter). The Ravens added Ray shortly after May’s compensatory deadline and gave him a $1.2MM deal with $200K guaranteed, but he won’t fly with them in September.

The Ravens had a glut of edge rushers, even after losing Terrell Suggs and Za’Darius Smith in the offseason. The numbers crunch, ultimately, pushed Ray out.

Ray posted 12 sacks in his first two NFL seasons, but injuries have held him back ever since. In the last two years, he’s had just two sacks across 29 games. 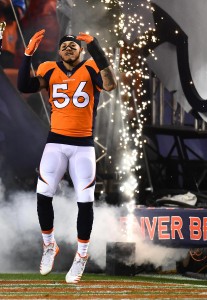 The Ravens have agreed to sign Shane Ray, according to Tom Pelissero of NFL.com (on Twitter). The edge rusher’s deal is pending a physical, which may be more than a formality given his history. 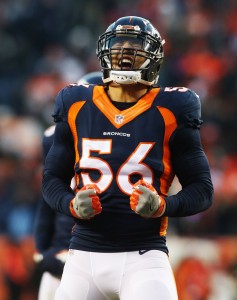 Ray has missed 13 games over the last two seasons with the Broncos due to various injuries. The LB/DE, who turns 26 on Saturday, hasn’t exactly lived up to his draft pedigree, but he has shown flashes of promise. The former first-round pick amassed four sacks as a reserve in his rookie season and tallied a career-high eight sacks in 2016.

Despite the setbacks, Ray drew interest from a handful of other teams this offseason, including the Seahawks, Colts, and Raiders. The Ravens arguably needed him more than any of those clubs after losing 2018 sack leader Za’Darius Smith to the Packers and all-time franchise sack leader Terrell Suggs to the Cardinals.