On Thursday, the Bears announced the signing of sixth-round cornerback Duke Shelley. With Shelley in the fold, the Bears have now wrapped up their entire 2019 NFL Draft class. 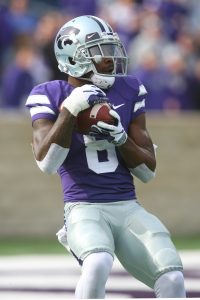 Shelley, a 5’9″ Kansas State product, will compete for time as a slot corner and special teams player. He might not see a ton of defensive snaps in 2019, but he showed future promise for the position with three interceptions last year.

Here’s the full rundown of the Bears’ draft class, via PFR’s tracker:

After Shelley’s signing, there are just 15 unsigned draft picks remaining in the NFL.