The Jaguars are staying busy Monday. Shortly after we heard they’d be signing kicker Stephen Hauschka the team announced a small flurry of roster moves, including the release of veteran defensive tackle Timmy Jernigan.

They also waived/injured kicker Brandon Wright, promoted defensive tackle Daniel Ekuale from the practice squad, and placed linebacker Leon Jacobs on injured reserve. Jernigan signed with Jacksonville in August, and had played a rotational role along the defensive line through the first three games. The 48th overall pick of the 2014 draft, Jernigan spent his first three years in Baltimore.

He was then traded to Philadelphia, and started 15 games for the Eagles team that won Super Bowl LII. He signed a four-year, $48MM extension midway through that year, but was limited to three games the following year following back surgery. He was cut after 2018, then re-signed with Philly on a cheaper one-year deal.

He appeared in ten games with nine starts for the Eagles last season. The Florida State product then inked a one-year, $3.75MM pact with Houston in April, but that deal was called off after a couple of months. He only turned 28 last week, and due to his past starting experience and production, should resurface soon with a team looking for run-stuffing help.

The Jaguars are clearly going all in on their youth movement on defense. Jacobs started seven games last year and two of the three this season, so that’s a significant loss even though he hadn’t been playing super heavy snaps. Ekuale is a 2018 UDFA from Washington State who appeared in seven games with the Browns last year.

Leon Jacobs‘ season is over. The Jaguars linebacker tore his ACL during Thursday’s loss to the Dolphins and will miss the rest of the 2020 campaign.

It’s a tough break for Jacobs, as the 24-year-old was establishing himself as a starter. After starting seven of his 14 games in 2019, the 2018 seventh-rounder had started two of his three appearances in 2020, compiling three tackles and one tackle for a loss. In 29 career games (12 starts), Jacobs has 66 tackles, two sacks, and one fumble recovery.

When Jacobs went down in the first quarter on Thursday, Cassius Marsh was the first choice to fill in at linebacker. The 28-year-old ended up playing 62-percent of Jacksonville’s defensive snaps, collecting three tackles.

ESPN’s Michael DiRocco passed along injury updates on some other notable Jaguars player. Wideout DJ Chark was sat out Thursday’s game with a chest/back injury, but he should return to the practice squad next week if his recent test results come back clean. Center Brandon Linder is also expected to return from a knee injury, while safety Andrew Wingard‘s core muscle injury isn’t as serious as initially thought.

Meanwhile, rookie kicker Brandon Wright suffered a groin injury during Thursday’s loss, forcing the Jaguars to start hunting around for some reinforcement. Wright was already filling in for starter Josh Lambo, who’s sitting on the IR with a hip injury. The 23-year-old Wright has connected on one of his two extra point tries this season. 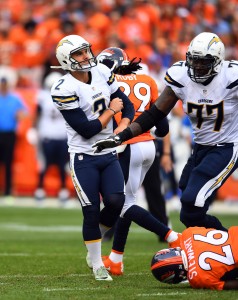