As the Eagles convene for training camp, the team made a few moves on Sunday. One of them was jettisoning fifth-year cornerback Dwayne Gratz. 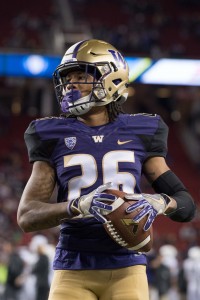 Philadelphia announced the release of Gratz, whom the team signed late last season to a two-year deal. No guaranteed money was attached to Gratz’s $775K contract. The Eagles also placed Sidney Jones and Beau Allen on the Active/NFI list. Philly will meet for camp on Monday and begin practice Thursday.

The Eagles are the third team since October 2016 to part ways with Gratz. The Jaguars cut him in October, but Gratz didn’t make it to free agency when the Rams claimed him. However, Los Angeles cut Gratz as well after deploying him in three games. The Eagles signed him in advance of Week 15 last season. The 27-year-old corner did not play any games for Philly. Gratz functioned as a primary starter for the 2014 Jags but has otherwise been a backup.

Philly does not have a particularly deep cornerback contingent, but Zach Berman of the Philadelphia Inquirer notes (on Twitter) 2016 UDFA C.J. Smith and CFL import Aaron Grymes performed better than Gratz during offseason workouts.

Jones could still miss the season due to his Achilles injury, and Allen suffered a chest injury while working out this offseason. The defensive tackle who has served as a rotational player is not expected to be ready by Week 1. 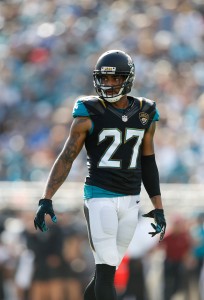 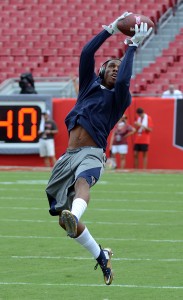 The Rams have claimed cornerback Dwayne Gratz off waivers, according to Adam Schefter of ESPN.com (on Twitter). Gratz was waived by the Jaguars earlier this week.

Jacksonville cut Gratz on Monday in order to make room for fellow cornerback Aaron Colvin who had been serving a four-game suspension for a PED violation. Gratz, a UConn product, was in his fourth year with the Jags. From 2013-2015, he appeared in 37 games with 25 starts. This year, he saw time in three contests before getting dropped.

After starting cornerback Trumaine Johnson was forced to leave Sunday’s game with an ankle injury, Gratz may be counted on to provide the team with depth.

Let’s round up some assorted links from around the league:

For Colts defensive lineman Arthur Jones, who signed a five-year, $33MM deal with the team after four years in Baltimore, versatility is the name of the game.

“It really doesn’t matter where I line up,” Jones said, according to Mike Chappell of The Indianapolis Star. “I’m here to help win games, help win championships. I come in as a humble servant. I mean that.”

Jones started 20 of his 46 games played with the Ravens, totaling 8 1/2 sacks in his most recent two seasons. He’ll be asked to stuff the run on early downs and rush the passer on favorable down-and-distance situations. An unselfish man on and off the field, Indianapolis is hoping Jones’ steady play and demeanor rubs off on his defensive counterparts.

More news and notes from the AFC North below…