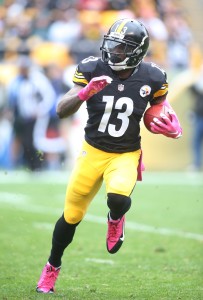 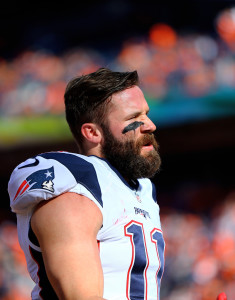 The Jets have signed former Steelers third-round running back and return man Dri Archer to a reserve/futures contract, the team announced today in a press release. Archer finished the 2015 season as a free agent after being cut by Pittsburgh, meaning he didn’t have to wait until March to sign with a club.

Despite being selected with the 97th overall pick in 2014, Archer didn’t see much action after joining the Steelers, with all 17 of his offensive touches coming in his rookie year. He had been Pittsburgh’s primary kick returner in 2015 before his release, averaging 25.3 yards on 14 attempts, but was cut when the team picked up Jacoby Jones to fill that role.

A report shortly after Archer’s release in November suggested that he had received and passed on offers from 10 teams to join their practice squads. At the time, the Kent State product reportedly planned to wait and see whether he got any offers to join a 53-man roster, but apparently such an opportunity never arose, since Archer didn’t sign anywhere for the rest of the season.

Archer, who worked out for the Jets in November, could have a decent opening to earn a roster spot in New York this season. The club’s three top running backs – Chris Ivory, Bilal Powell, and Stevan Ridley – are all eligible for free agency, and no player on the roster has a stranglehold on the kick return duties, which were split last season by Zac Stacy and Antonio Cromartie.

The Kendall Hunter tour continues. On Tuesday, the Seahawks tried out the running back, as Field Yates of ESPN.com tweets. Hunter, who has seen his NFL career derailed by injuries in recent years, was removed from Sam Francisco’s injured reserve list in September with a settlement, making him a free agent. Last week, he tried out for the Jaguars, but that audition did not immediately lead to a deal.

Here’s a roundup of Tuesday’s notable workouts from around the NFL:

No surprise here, but 49ers coach Jim Tomsula announced that Blaine Gabbert will start for SF once again when the Niners take on the Seahawks in Week 11, as Taylor Price of 49ers.com writes. Gabbert completed 15 of 25 passes for 185 yards with two touchdowns and two interceptions in Sunday’s Week 9 home win over the Falcons and, at least for now, it sounds like former starter Colin Kaepernick should make himself comfortable on the bench.

The Steelers have claimed wide receiver and return man Jacoby Jones off waivers, reports Jason La Canfora of CBSSports.com (via Twitter). According to La Canfora, Pittsburgh is hoping the former Raven can give the team a spark in the return game. In a press release, the club confirmed the move, noting that Dri Archer has been waived to create room on the roster.

Jones was released by the Chargers earlier this week, less than eight months after signing a two-year, $5.5MM deal with the Bolts back in March. After averaging 30.6 yards per kickoff return and 9.2 yards per punt return for Baltimore last season, Jones saw those averages dip to just 21.4 and -0.8 for San Diego in 2015. The Steelers will be hoping for something closer to those ’14 numbers from Jones once he arrives in Pittsburgh.

By claiming Jones on waivers rather than waiting for him to clear and attempting to sign him, the Steelers will take on his old contract. The structure of the deal won’t be bad on his new team though, since his overall base salary for 2015 is just $900K, as opposed to $3MM in 2016. Unless Jones has an incredibly second half in Pittsburgh, he’s unlikely to return at that price next season.

Since waiver order is determined by current records, with the league’s worst teams getting a higher priority, the Ravens had an opportunity to claim the 31-year-old before the Steelers did, but it appears Jones’ old team passed on him. Prior to the trade deadline, Jones would have immediately been free to sign with another team if he had been cut, but from now until the end of the season, all players – including veterans – must pass through waivers before becoming free agents.

As for Archer, the Steelers’ third-round pick from 2014 hasn’t seen much action since joining the franchise, with all 17 of his offensive touches coming in his rookie year. He had been Pittsburgh’s primary kick returner this season, averaging 25.3 yards on 14 attempts. Archer should be a candidate to join the Steelers’ practice squad if he clears waivers.

With one preseason game down, Bengals website editor Geoff Hobson provides a position-by-position roster rundown. Of note, rookie quarterback’s A.J. McCarron’s 2014 prognosis is unknown because of his shoulder issue, and Hobson says “it looks like he’s not coming off PUP anytime soon and that the Bengals think he needs a long rehab.”