Former offensive tackle Mike Adams hasn’t appeared in an NFL games since the 2016 season, and the veteran is now attempting a comeback… at a different position. During an appearance on the Rival podcast, the 28-year-old said he’s reduced his weight from 323 pounds to 255 pounds, and he’s looking to catch on as a tight end. 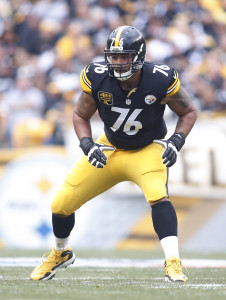 “I want to give it another shot and get after it,” Adams said (via Michael David Smith of ProFootballTalk.com). “I love the game. It’s what I want to do. It’s who I am.”

Despite failing a drug test during 2012 NFL Scouting Combine, the Ohio State product ended up getting selected by his hometown Steelers in the second round. The lineman ended up spending four seasons with the organization, including a 2013 campaign where he started a career-high 10 games. However, injuries and ineffectiveness led to a reduced role, and he finished his Steelers tenure having appeared in 41 games (21 starts) in four years.

After failing his physical in 2016, Adams was released by the Steelers. He quickly caught on with the Bears, and he appeared in 12 games (one start) with Chicago during the 2016 season. He suffered a back injury towards the end of that season and landed on the injured reserve, and he was unable to secure a job for the 2017 campaign. 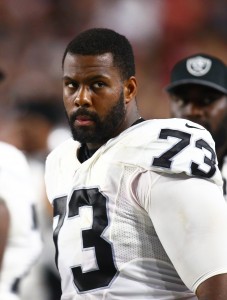 The Bears have agreed to sign Mike Adams, according to Adam Caplan of ESPN.com (on Twitter). The former Steelers tackle is not to be confused with the Colts safety of the same name. Terms of the deal are not yet known.

Adams, a former second-round pick, was released by Pittsburgh in May. Thus far in the NFL, Adams has had a disappointing career since the Steelers used a second-round selection on him in 2012. In his first three years, Adams appeared in only 41 games with 20 starts. Last year, Adams did not take the field due to a back injury. The Steelers were apparently not hopeful about what Adams could do in 2016, but the Bears are cautiously optimistic and want to give him a shot.

Had he remained in Pittsburgh, Adams would have received an $873K salary for 2016. His new deal in Chicago is presumably for the minimum salary and without guarantees.

To make room for Adams, the Bears have waived fellow lineman Nick Becton, as Adam Jahns of the Chicago Tribune tweets.

The Steelers announced that they have released offensive tackle Mike Adams with a failed physical designation. Kicker Ty Long and running back Abou Toure were also released.

Adams, a former second-round pick, has had a disappointing career since the team used a second-round selection on him in 2012. In his first three years, Adams appeared in only 41 games with 20 starts. Last year, Adams did not take the field due to a back injury. The Steelers were apparently not hopeful about what Adams could do in 2016 and they have released him days after adding offensive tackle Jerald Hawkins in the fourth-round of the draft. Had he remained in Pittsburgh, Adams would have received a $873K salary for 2016.

Browns head coach Mike Pettine and GM Ray Farmer will not both be back with the team next season, according to Ian Rapoport of NFL.com (article via Conor Orr of NFL.com). Pettine had hinted at some discord between the Cleveland front office and coaching staff last week, but apparently the situation is more toxic than originally believed.

According to Rapoport, the coaching staff believes the scouting department does not provide the team enough information to effectively execute the game plan, and the scouting department believes the coaching staff does not effectively utilize its personnel. Neither the front office nor the coaches, of course, are without fault. Farmer has blown two consecutive drafts, which has hamstrung Pettine’s efforts quite a bit, but Pettine has not been an especially savvy in-game strategist and has failed to establish the hard-nosed, defensive-minded mentality he promised when he was hired. If owner Jimmy Haslam chooses to keep one of the Pettine/Farmer duo, the smart money may be on Pettine, but it seems clear that at least one of those men will be out of a job at the end of the season, and perhaps both will be looking for a new position.

Let’s take a look at some more notes from the league’s north divisions:

A quick look around the NFL as we draw closer to Sunday’s Week 12 action. . .

The NFL announced its 2016 lineup of London games today, and the Rams are one of three teams giving up a home game to play overseas. However, as Jacob Kirn of the St. Louis Business Journal writes, that would seem to violate the terms of the team’s lease with the Edward Jones Dome. Of course, the franchise’s future in St. Louis beyond this year remains up in the air, so it’s possible there will be no lease with dome in 2016 to violate.

For what it’s worth, the St. Louis stadium task force issued a statement today indicating that if the Rams were to enter discussions with the task force about the riverfront stadium proposal, then “we’re certain accommodations can be made for the Rams to play one game in London next season.” As is, this looks like just another small piece in a complicated Los Angeles puzzle.

Here are a few more Wednesday odds and ends from around the NFL:

The Steelers added one player to their roster today, acquiring Josh Scobee in a trade with the Jaguars, but most of the day’s transactions for the team involve removing players onto reserve lists, or cutting them from the team entirely.

Here are the rest of the moves completed today by Pittsburgh in order to get the roster down to 75 players, according to the club’s transactions log:

ESPN’s staff put together a list of each team’s starter whose job is in jeopardy. Among the most notable are 49ers running back Frank Gore, Texans outside linebacker Whitney Mercilus and Packers safety Morgan Burnett. On Burnett, ESPN’s Rob Demovsky says, “When the Packers drafted Ha Ha Clinton-Dix in the first round, the thinking was that he would start alongside Burnett. Now, there’s a chance he could start instead of Burnett. Coach Mike McCarthy likes what Micah Hyde has done at free safety, and when Burnett strained his oblique muscle this week, he put Clinton-Dix in Burnett’s strong safety spot. The Packers made a major investment in Burnett last summer with an $8.25 million signing bonus as part of a four-year extension, but he followed it with an unproductive season.”

Here’s a few miscellaneous links from around the league: