The Lions looked like one of the league’s worst teams on Monday night while suffering a humiliating loss to the Jets, and Mike Garafolo of NFL.com reports (via Twitter) there are already rumblings that Detroit’s veterans aren’t happy with first-year head coach Matt Patricia. The former Patriots defensive coordinator has reportedly installed rules that Lions players find cumbersome while (in the opinion on the player) over-working them during practice sessions. Ex-New England coordinators finding conflict in their first go-round sans Bill Belichick is nothing new (see: Josh McDaniels, Eric Mangini), but Patricia’s standing with his veteran players is certainly something to keep an eye on as the season progresses.

The Vikings have signed punter Ryan Quigley, according to a team announcement. He may now be slated to replace Jeff Locke, who left the team via free agency to sign with the Colts. 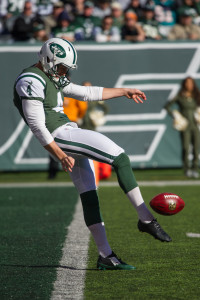 [RELATED: Vikings May Draft Running Back]

Quigley spent three years with the Jets before landing with the Cardinals for a portion of last season. In six games with Arizona, he averaged 41.6 yards per punt on 34 attempts. For his career, he has averaged 44.6 yards per punt.

The Vikings now have two punters in the house between Quigley and Taylor Symmank, a Texas Tech product who signed a futures deal earlier this year.

The Jaguars took a big step towards getting to tomorrow’s 75-man roster max. The team announced that the following players have been waived:

In addition to those cuts, offensive lineman Jeff Linkenbach has been placed on IR, safety Earl Wolff has been waived/injured, and offensive lineman Luke Bowanko (hip) and defensive end Jonathan Woodard (Achilles) have been moved to the PUP list.

McCray is a former starting cornerback and was a member of GM David Caldwell’s first draft class. Evans is a former fourth-round pick of the Jets, one of many underwhelming draft choices by former GM John Idzik.

The Jaguars are now down to 78 players.