Why sign one tight end when you can sign all the tight ends? The Dolphins have added a handful of players at that position over the past 24 hours, including Sal Cannella, Gabe Holmes, and Kalif Jackson.

The trio’s stint with the Dolphins could be short lived, as the team made the additions only after placing three other tight ends (Mike Gesicki, Adam Shaheen, and Cethan Carter) on the reserve/COVID-19 list. Still, the three players will presumably have a fair shot at showing what they’ve got, but they’ll have to overcome the likes of Carson Meier and Chris Myarick if they want to stick around.

Holmes is the only one of the three additions with any NFL experience, as the 30-year-old appeared in 10 games (four starts) for the Cardinals between the 2017 and 2018 seasons. The Purdue product has also spent time with the Colts, Ravens, Seahawks, and Raiders.

Following his collegiate career at Auburn, Cannella has participated in the Spring League over the past two years. He had tryouts with the Colts and Bears this offseason, but neither audition resulted in a deal. Jackson started his college career at Florida before transferring to Grambling. The former wideout is list at 6-5 and 245 pounds, so it sounds like he’s added the bulk to compete at tight end. 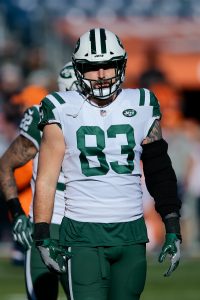 Gabe Holmes has landed on a new team. The Colts announced that they’ve signed the tight end to a reserve/futures contract. 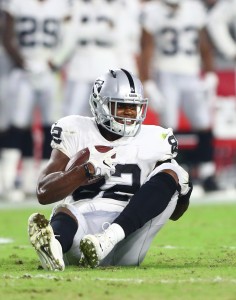 The 27-year-old has bounced around the NFL a bit since going undrafted out of Purdue in 2015. The 6-foot-5 Holmes has had stints with the Raiders, Seahawks, Ravens, and Cardinals. He’s appeared in 10 games during three-year career, including eight this season with Arizona. He finished the season with a single special-teams tackle.

Considering his size, Holmes has always profiled as more of a blocking tight end, although he did haul in five touchdowns during his collegiate career. Holmes could end up being an option to replace impending free agent tight end Ryan Hewitt, who appeared in 12 games (two starts) this season but only hauled in a single catch (which also happened to be a touchdown).

Colts tight end Ross Travis is set to be a restricted free agent. The team still has tight ends Eric Ebron, Jack Doyle, and Mo Alie-Cox under contract for next season.