The Steelers will re-sign defensive tackle Daniel McCullers to a two-year, $2.75MM deal, a source tells Jeremy Fowler of ESPN.com (on Twitter). With that, the Steelers will have Big Dan back for a sixth season with the team, and possibly a seventh. 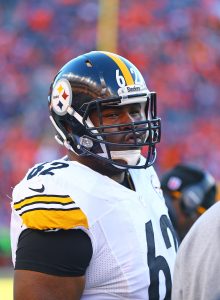 McCullers doesn’t play a ton, but the team likes having him around. An old-fashioned run-stuffing nose tackle, McCullers checks in at 352 pounds. He played only around 10% of the defensive snaps last year, and had five tackles with one sack while clogging up the occasional running lane.

A Tennessee product, the Steelers took McCullers in the sixth round of the draft back in 2014. McCullers barely played last year, and his most meaningful role was in 2016, when he played 17.5% of the defensive snaps. It’s not a bad chunk of change for a player used so sparingly.

In the wake of quarterback Ryan Tannehill‘s season-ending knee injury last December, Dolphins head coach Adam Gase reached out to the retired Peyton Manning about a possible comeback. “It started with Gase,” Peyton’s father, Archie Manning, told Josh Katzenstein of NOLA.com. “He said, ‘Hey 18, Tannehill went down.’ He said, ‘I think he’s going to miss some time. The first question I’m going to get at the press conference in the morning is if I’m going to try to bring you to Miami. What do you want me to tell them?” Peyton Manning was resoundingly successful under Gase when he was Denver’s quarterbacks coach and offensive coordinator from 2012-14, but neither a reunion with Gase nor joining a playoff-bound club late in the season could entice the future Hall of Famer to return. Continued Archie Manning: “The text message came back from Peyton, ‘You tell them I could probably come play, but there’s no way I can miss carpool the next two weeks.’ So, he was done.” With Peyton Manning unwilling to come out of retirement, the Dolphins turned to backup QB Matt Moore toward the end of the regular season and in the first round of the playoffs, in which Pittsburgh soundly defeated them.

A few more notes from around the NFL…