Bad news for the Vikings. Irv Smith‘s knee injury will likely shelve him for the entire season, according to ESPN.com’s Adam Schefter (on Twitter). 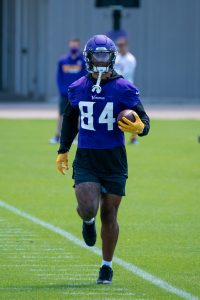 Smith is looking at a 4-5 month timetable for recovery. Even in a best case scenario, that would effectively rule the tight end out for the regular season. A postseason return remains possible, in theory, but that’s a long way away. For now, Smith will have to focus on rehab while the Vikings plan to be without him for 2021.

Instead, the Vikings will lean more on Tyler Conklin, who is dealing with a hamstring injury. Brandon Dillon stands as the only other tight end on the roster after rookie Zach Davidson and Shane Zylstra were waived on Tuesday. It stands to reason that one of those two players will be re-signed to the 53-man roster once Smith is placed on injured reserve. Alternatively, the Vikings could scour the waiver wire for an out-of-house alternative.

Vikings tight end Irv Smith Jr. is scheduled for meniscus surgery (Twitter link via NFL.com’s Tom Pelissero). The tear, operation, and recovery will sideline him for the start of the season, at minimum. 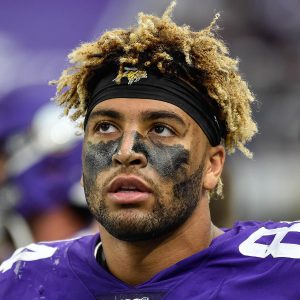 Of course, all is not lost, because meniscus surgery isn’t necessary a season ender. However, it seems likely that the Vikings will be without the dynamic TE through the first six weeks of the season.

While Smith is sidelined, they’ll be counting on backup Tyler Conklin — provided that Conklin’s hamstring doesn’t keep him off the field too. Brandon Dillon, rookie Zach Davidson, and Shane Zylstra comprise the rest of the Vikes’ TE depth chart.

The Vikings have lost a couple of tight ends this offseason, so they’re naturally looking toward free agency for reinforcement. Chris Tomasson of the St. Paul Pioneer Press reports (via Twitter) that Minnesota has “sent out some feelers” on free agent tight end MyCole Pruitt. Tomasson notes that “nothing is close” when it comes to a potential signing.

Pruitt actually started his career with the Vikings back in 2015, with the former fifth-rounder spending one-plus seasons with the organization. After bouncing around the league a bit, the tight end found a home in Tennessee in 2018. While Pruitt never put up big numbers during his stint with the Titans (20 receptions for 241 yards and one score), he had a consistent role as a blocking tight end, appearing in 42 games (15 starts) in three years. Pruitt also saw time in five playoff games for Tennessee, hauling in six receptions.

The Vikings have likely been looking for extra depth at tight end since moving on from Kyle Rudolph earlier this offseason. The team also watched as backup Hale Hentges called it a career. The team’s depth chart is currently led by former second-rounder Irv Smith Jr. and former fifth-round pick Tyler Conklin.

While the team’s interest in Pruitt makes sense from a depth perspective, general manager Rick Spielman seemed to hint recently that he’d feel comfortable with Smith and Conklin atop his depth chart.

“Irv does it with his ability to run and his athletic ability … [hopefully we get the] same type of production going forward,” Spielman said (via Eric Smith of the team’s website). “And I think the other guy that really jumped out at the tight end position was Tyler Conklin, and last year he took a significant jump when he got his opportunity to play, not only making some plays in the passing game but in his development as a blocker at the line of scrimmage as well.”

Vikings second-round pick Irv Smith Jr. has reached agreement with the club on his rookie deal, as ESPN.com’s Adam Schefter tweets. As of this writing, the tight end is the highest-drafted 2019 rookie to put pen to paper. 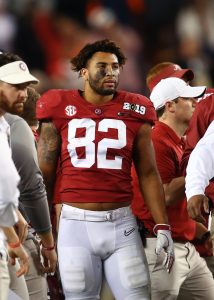 Smith was widely regarded as one of the top tight ends in this year’s class after a strong showing at Alabama. After Iowa’s T.J. Hockenson went to the Lions (No. 8 overall) and Noah Fant fell to the Broncos (No. 20), Smith stood out in a group that still included Washington’s Drew Sample, San Jose State’s Josh Oliver, and Texas A&M’s Jace Sternberger.

Now in Minnesota, the No. 50 overall pick could theoretically displace Kyle Rudolph. Rudolph, who is consistent yet unremarkable, is under contract for one more year. Dumping Rudolph would save the club $7MM+ in cap room. On draft week, the Vikings received calls on Rudolph, so there’s definitely a market for his services.

Per the terms of Smith’s slot, he’ll earn $5.8MM over the life of his four-year deal.

After surprisingly getting canned by the Packers midseason, Mike McCarthy had remained conspicuously quiet. Until now. If you haven’t read it yet, you should check out Rob Demovsky of ESPN.com‘s recent interview with McCarthy. McCarthy finally dished on everything related to his firing, and expressed his displeasure with how it was handled. McCarthy was apparently blindsided by the decision to fire him midseason, and said it “couldn’t have been handled any worse” by Green Bay’s management.

Notably published just one day before the explosive reports of dysfunction within the organization from Bleacher Report, McCarthy downplayed any tension between him and Aaron Rodgers. All McCarthy did to acknowledge a potential strain in their relationship was saying “to think you can be in a relationship that long and not have any frustrations, that’s unrealistic.” McCarthy also told Demovsky that he 100 percent plans to continue coaching in 2020. The longtime Packers coach was reportedly a candidate for the Jets and Browns openings, and it’s still unclear if he pulled himself out of the running or if he just wasn’t able to land a job.