Friday’s minor moves from across the NFL…

The Cardinals have signed linebacker Philip Wheeler to a one-year contract, according to Josh Weinfuss of ESPN.com. 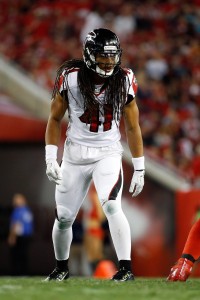 Arizona is the sixth NFL team for the 32-year-old Wheeler, who entered the league as a third-round pick of the Colts back in 2008. Wheeler has since racked up 133 appearances and 66 starts, including 16 and four in those categories with the NFC-winning Falcons last season. The 6-foot-2, 245-pounder amassed 27 tackles on 339 defensive snaps along the way, and after posting those modest totals, he didn’t generate any known offseason interest prior to signing with the Cardinals.

While a healthy Cards team should be fairly deep at linebacker, they’re in need of bodies there now with Deone Bucannon and Jarvis Jones dealing with injuries. For the time being, Wheeler will provide some extra help at the position, though he’s clearly not a lock to crack their season-opening roster.

4:40pm: The Falcons formally announced the deal, as Adam Caplan of ESPN.com tweets.

3:15pm: The Falcons have re-signed veteran linebacker Philip Wheeler, the team formally announced today in a press release. The news comes on the heels of head coach Dan Quinn confirming at the owners’ meetings this week that the two sides remained engaged in talks. 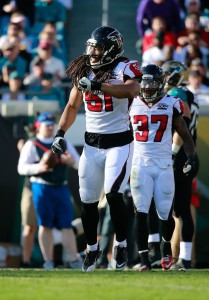 Wheeler, 31, began his career with the Colts after being selected in the third round of the 2008 draft. He spent four years in Indianapolis, one in Oakland, and two in Miami before joining the Falcons for the 2015 campaign. Appearing in nine game for Atlanta (two starts), Wheeler recorded 29 tackles, a sack, and a forced fumble.

Wheeler saw most of his 2015 playing time in the second half of the season, and may earn an increased role in 2016, but the Falcons have already ensured that linebacker Paul Worrilow received an RFA tender, and brought back Sean Weatherspoon in free agency, so we’ll have to wait and see how the defensive snaps shake out on Atlanta’s linebacking corps.