Packers’ head coach Matt LaFleur announced today that Za’Darius Smith has returned to practice after 17 weeks on IR. He’s been designated to return so this practice begins the window of return before Smith must be placed back on IR. 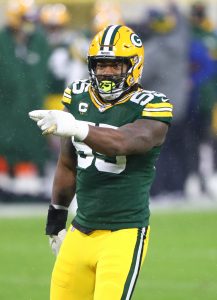 The Packers have been working without their Pro Bowl pass rusher for all but 18 snaps of football this year. Smith exited the team’s Week 1 matchup with a back injury that had been nagging him for most of the offseason. Smith underwent back surgery in hopes that he could make a late-season return, and he’s hoping to stand by that expectation.

Smith had seen two straight seasons of double-digit sacks since signing with the Packers as a free agent. Green Bay has been eager to see their top pass rusher paired up again with Preston Smith and an improved Rashan Gary. In his absence, Preston Smith and Gary have combined for 18.5 sacks this season.

This return is timely as the Packers have a first-round bye in the playoffs before they face off against the lowest remaining seed from Super Wild Card Weekend. This means Smith will have two weeks of practice to get back up to game speed and be ready to contribute. Green Bay will be excited to get a boost to their pass rush as they strive for their first Super Bowl appearance since winning Super Bowl XLV as a Wild Card team in the 2010-11 NFL season.

The Packers officially have both of their first round picks on board. The day after signing 21st overall pick Darnell Savage Jr. to his rookie contract, Green Bay has agreed to terms with Rashan Gary, the team announced in a release. 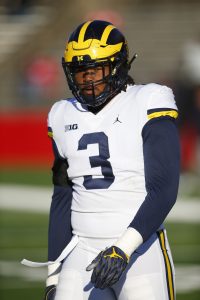 The Packers drafted the Michigan pass-rusher twelfth overall. Savage was the first of the 2019 first round picks to sign, and the Packers are making quick work of signing their draft picks. The Packers have made a bunch of big moves to upgrade their defense this season, starting in free agency.

They signed pass-rusher Za’Darius Smith away from the Ravens, and safety Adrian Amos from the Bears. Then they drafted Gary and Savage last week, and all four should start next season. It’s safe to say Green Bay’s defense will look radically different in 2019. Gary formed his own agency before the draft, which raised some eyebrows. Clearly it didn’t complicate negotiations at all, as he got his deal done pretty quickly.

Gary is an insane athlete who was widely regarded as one of the top defensive players available in the draft. There was some concern about his lack of statistical production with the Wolverines, but the Packers weren’t bothered. Green Bay reportedly plans to use him at outside linebacker. We won’t know for sure for a while, but so far the first offseason of the Matt LaFleur era seems to be going nicely for the Packers.

Gary’s contract will be a standard four-year pact with a fifth-year option, and he will earn $15.877MM over the first four years of the deal. His signing bonus should be right around $9.567MM.

Kyler Murray-to-Arizona still looks to be in the cards (no pun intended), but the Nos. 2-4 quarterback landing spots — and the order in which they will be drafted — remain murky. While Dwayne Haskins‘ reported slide has led to some predicting Drew Lock would benefit, Jason La Canfora of CBS Sports notes the Missouri product has a “very real chance” of being the fourth quarterback selected and/or falling out of the first round. Connected to Lock prior to their Joe Flacco trade, the Broncos would be intrigued by the prospect of nabbing Lock in Round 2, per JLC, who tabs Denver as more likely to address a bigger immediate need in the first round. The Broncos visited with Lock during the process, as did several other teams with some degree of a need at quarterback.

Here is the latest from the draft world, continuing with some of this year’s passing prospects:

The Giants‘ meeting with Kyler Murray got all of the headlines, but the Oklahoma quarterback wasn’t the only big-name prospect to get face time with the club on Thursday. The Giants also hosted Michigan defensive lineman Rashan Gary and Kentucky pass-rusher Josh Allen, Ian Rapoport of NFL.com (on Twitter) hears.

At this rate, it would be a surprise if Murray is available for either of the Giants’ first-round picks at No. 6 and No. 17. However, Gary and Allen could be in range for a team that is said to be prioritizing pass-rushing. Allen would represent the safer bet based on his college production, but that also means that he could be gone by the time the Giants take the podium. Gary, who boasts serious raw skills, should last a bit longer after tallying just 3.5 sacks last season.

The Steelers could be eyeing a cornerback with one of their top-two picks. ESPN’s Jeremy Fowler reports (via Twitter) that the team will be hosting a pair defensive back prospects this week: Georgia’s Deandre Baker and Washington’s Byron Murphy.

Along with Temple’s Rock Ya-Sin and LSU’s Greedy Williams, both Baker and Murphy are expected to be taken at some point during the first two rounds. Baker won the Jim Thorpe Award for best collegiate cornerback in 2018 after he compiled 31 tackles, two sacks, nine passes defended, and a pair of interceptions in 12 games. Murphy earned a spot on the first-team All-Pac-12 list after putting up 37 tackles, four picks, and 13 interceptions.

As Fowler points out, this isn’t necessarily an ideal scenario for the Steelers. After all, the organization selected five cornerbacks between the 2015 and 2017 draft. Furthermore, their projected starters (Joe Haden and Steven Nelson) were both acquired via free agency.

Michigan linebacker Devin Bush is meeting with the Giants tonight, and the visit will last until Monday, as Adam Schefter of ESPN.com tweets. New York, armed with the Nos. 6 and 17 overall picks, will be one of the most interesting clubs to watch in the draft given the uncertainty surrounding its QB position. Despite that uncertainty, Big Blue could very well use both first-round selections on defensive playmakers, and Bush, one of the best LBs in the draft, would be a good fit with the 17th-overall selection.

Now for more draft rumblings from around the league:

Louisiana Tech-produced edge prospect Jaylon Ferguson will have one of the busiest Aprils on tap for any NFL hopeful in memory. He is set to meet with 22 teams this month, according to Jenna Laine of ESPN.com. The Bengals and Buccaneers are two of the teams who have requested summits. Those visits will occur this week, per Laine. Ferguson set the Division I-FBS sack record with 47 in his four-year run with the Bulldogs, accumulating 67.5 tackles for loss in the process. But a simple battery conviction, stemming from a fight at a McDonald’s during his freshman year, resulted in a partial ban from the Combine. Teams are looking to examine Ferguson more thoroughly.