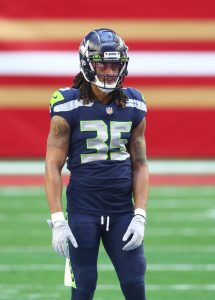 The 2018 undrafted free agent out of Southern Illinois bounced between the Eagles and Falcons to begin his career, but he found a home in Seattle in 2019. After appearing in only three games during his first year in Seattle, he took on a significantly larger role in 2020.

The 25-year-old started four games while filling in for Jamal Adams, and he finished the campaign having appeared in 13 games and 34-percent of his team’s defensive snaps. His final stat line included 44 tackles, three tackles for loss, five passes defended, and a pair of interceptions, including one that helped clinch a Week 3 victory over the Cowboys.

The Seahawks will return a similar depth chart in 2021. Neal will likely serve as Adams’ primary backup at strong safety, with Ugo Amadi and LaDarius Wiley waiting in the wings.

The restricted free agent and exclusive rights free agent tender decision deadline is fast approaching. Some teams are already making their calls in advance of March 17. We’ll keep tabs on the latest here: