The Bills operated aggressively in an effort to bolster their pass rush in the draft, taking defensive ends with each of their first two picks. The second of those selections, Carlos Basham Jr., signed his rookie contract Wednesday. 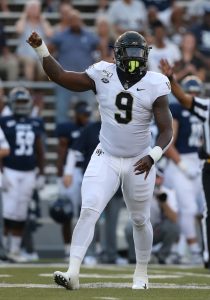 Last season, the Bills finished with just 38 sacks. No Buffalo rusher totaled more than five. The team still has thirtysomething starters Jerry Hughes and Mario Addison, but three first- or second-round picks over the past two years will be groomed to take over in the near future.

Buffalo drafted Iowa’s A.J. Epenesa in the 2020 second round and now will have two new coveted prospects set to help the cause. Hughes and Addison are set to be free agents in 2022. Addison adjusted his three-year contract in March, converting it into a two-year deal.