Another potential first round pick is throwing their name into the upcoming draft mix. Oklahoma left tackle Orlando Brown announced his intentions to forego his senior year and declare for the 2018 NFL Draft on his personal Twitter account tonight. 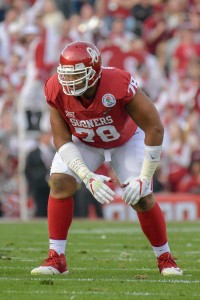 “After talking things over with my family and coaches, I will be declaring early for the NFL Draft. It’s been an amazing 4 years here. I wouldn’t want to be a part of any other university. Thank you Sooner Nation!!!”

Brown is listed at a large 6’8”, 345 lbs, which gives him a large presence when he is on the field. He’s also been durable throughout his college career, having starting 40 games in three seasons at Oklahoma. Brown was a unanimous first team All-American and was a finalist for the Outland Trophy in 2017. In addition, he was voted as the Big 12’s best offensive lineman from this past season.

Matt Miller of Bleacher Report ranked Borwn as his third-best offensive tackle in his November big board. Brown is likely to compete with other top offensive line prospects like Notre Dame’s Quenton Nelson and Mike McGlinchey, along Texas’ Connor Williams as projected first round picks come April.

Many draft eligible prospects are beginning to make decisions on their NFL future, and one of the better cornerbacks in college football has decided to forego his final year of eligibility. Colorado cornerback Isaiah Oliver officially announced on his personal Twitter account that he will enter the 2018 NFL Draft. 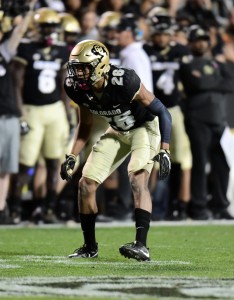 Oliver wrote a nice thank you note to the university and coaching staff as a part of the tweet.

“After meeting with my coaches and family I have decided to forego my final year of eligibility and enter the 2018 NFL Draft. The University of Colorado has offered me an incredible experience and will always be a part of who I am. I am extremely grateful for Coach MacIntyre, Coach Brown, the entire coaching staff, along with the support staff of the football program molding me as a person, player and student-athlete.”

The junior is rated as the third best cornerback in the draft by Bleacher Report’s Matt Miller, who reacted to the news by mentioning that he “wouldn’t be surprised to see him go top 20 in April,” (Twitter link). That’s certainly high praise for Oliver, who is listed at 6’1”, 190 lbs. on his player bio. Tall cornerbacks are becoming fixtures on the outside in the NFL and whatever team drafts Oliver this Spring looks to be adding a talented defender to help cover one side of the field.

The NFL invited upwards of 300 players to this year’s draft combine in Indianapolis, but Ole Miss quarterback Chad Kelly and Oklahoma running back Joe Mixon were not among those on the list. Kelly was not invited to the NFL combine based on off-field issues, Matt Miller of Bleacher Report tweets. The same presumably goes for Mixon after video surfaced of him striking a woman.

In accordance with rules passed by the NFL last year, players with felony or misdemeanor convictions are not permitted to attend the combine. All players who wish to participate must submit to a background check. If a player’s background check unearths any conviction involving violence, he is turned away. 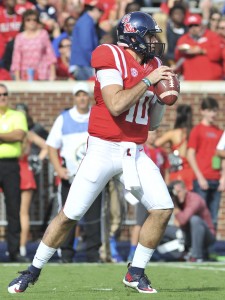 After suffering a a torn ACL and lateral meniscus in the fall, it’s not certain that Kelly would have been able to participate in combine drills even if he was invited. If Kelly is healthy enough to work out between now and late April, it’s a good bet that he’ll be able to get interested teams to watch him up close. That will go a long way towards dictating where Kelly might go in the draft. Recently, Bleacher Report’s Matt Miller wrote that Kelly is “still an intriguing quarterback prospect in a bad overall class.” Meanwhile, Jason Cole of Bleacher Report heard back in November that the Ole Miss product was being viewed by evaluators as a Day 3 prospect.

We also have conflicting reports on Mixon. One area scout assigned to the Sooners told Albert Breer of The MMQB recently that he’s confident some team will weather the PR storm and draft him. Hours later, Ian Rapoport of NFL.com tweeted that Mixon is still undraftable in the eyes of many teams.

The Broncos have agreed to terms with nine undrafted free agents, six of whom are linemen. Here’s the full list, courtesy of ESPN’s Adam Caplan (via Twitter):