The Seahawks have dropped nine players from their roster, including a couple of surprise releases. Center Joey Hunt and defensive end Branden Jackson were let go in an apparent effort to trim salary. Between Hunt and Jackson, the Seahawks have saved $4.26MM against the cap. All in all, they have roughly $18.7MM in space now, money that may or may not be used to bring Jadeveon Clowney back to Seattle. 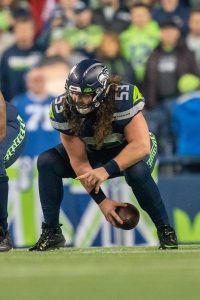 Hunt, a 2016 sixth-round pick, has appeared in 34 games for the Seahawks, including eleven starts. The Seahawks leaned on him last year after starter Justin Britt went down with an ACL tear. Without Hunt, it seems that Ethan Pocic has secured the Seahawks’ starting center job. Jackson, meanwhile, has appeared in 36 games across the last three seasons.

The Seahawks also cut running back Patrick Carr, receiver Seth Dawkins, offensive guard Kahlil McKenzie, defensive back Josh Norwood, offensive guard Jordan Roos, linebacker Sutton Smith, and tight end Dominick Wood-Anderson. Their roster now stands at 81 – they’ll likely look to get down to 80 before the August deadline, allowing them to have everyone practice at a single site.