The Jets still haven’t won a game, and it’s being treated by many like a foregone conclusion they’ll draft Trevor Lawrence if they get the first overall pick. But at least publicly, the team is still making it sound like they believe in Sam Darnold long-term. Speaking to the media recently, GM Joe Douglas indicated he doesn’t think Darnold is the problem. “I certainly haven’t done a good enough job of surrounding Sam with the weapons he needed last year or this year,” Douglas said, via Ralph Vacchiano of SNY. “I’m looking at what I can do better moving forward in terms of making sure that we have the right skill and the right protection for him.”

Interestingly, Vacchiano writes that Douglas “expressed regret” about misreading the contract market for receiver Robby Anderson this past offseason. The Jets, of course, let Anderson walk to the Panthers back in March, and apparently Douglas thought he was going to get a bigger deal. Vacchiano writes that Douglas made “it sound like he would’ve been interested if he knew Anderson would only command $10 million per year.” That probably won’t satisfy New York fans. The cupboard has been pretty bare, with Jamison Crowder and Breshad Perriman operating as their top two wideouts when healthy. 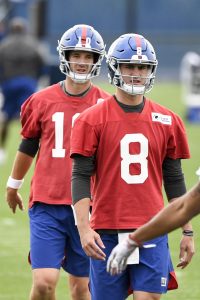 The Giants have signed sixth-round cornerback Corey Ballentine, according to a team announcement. Ballentine was shot in a tragic event that took the life of his friend and teammate on the night he was drafted, but he is expected to play at some point in the future. 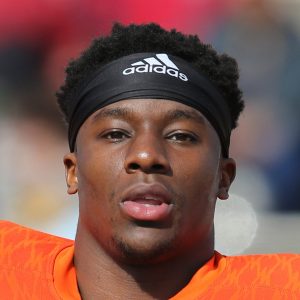 The Washburn University product is still recovering from the incident, both physically and mentally. The Giants instructed him to stay home for the early portion of the team’s workouts, but he’s now on hand to observe the second phase of the offseason program. He should be cleared to participate at some point this offseason, but there’s no definitive timetable yet.

Ballentine was one of three cornerbacks drafted by the Giants this year, along with Georgia’s Deandre Baker (first round) and Notre Dame’s Julian Love (fourth round). Love has signed, but Baker is one of the Giants’ four remaining unsigned selections.

In accordance with his slot, Ballentine will earn $2.7MM over the course of his four-year deal.

Giants sixth-round pick Corey Ballentine has been released from the hospital, according to Jordan Raanan of ESPN.com (on Twitter). The cornerback was shot in the glute early on Sunday morning in a tragic incident that took the life of his former Washburn teammate Dwane Simmons. 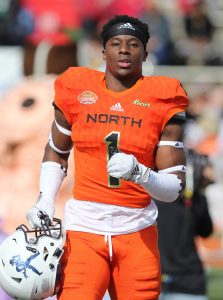 Ballentine is expected to make a full recovery and Giants GM Dave Gettleman recently said that he is expected to attend the team’s rookie minicamp later this week. Of course, it’ll still be a bit before he is cleared to resume football activities.

Corey Ballentine, whom the Giants selected in the sixth round of the 2019 draft yesterday, was shot in central Topeka just hours later, per Erika Hall of WIBW.com. Ballentine, a cornerback from Washburn, is expected to make a full recovery, and he could recover in a matter of weeks, tweets Ian Rapoport of NFL.com.

Officers responded to reports of gunshots around 12:45am. Ballentine and Dwane Simmons, another Washburn football player, were both shot, but while Ballentine suffered non-life-threatening injuries, Simmons, 23, passed away in the street. Ballentine was taken to an area hospital.

The Giants have released the following statement (via Paul Schwartz of the New York Post on Twitter):

“We are aware of the tragic situation and continue to gather information. We have spoken to Corey, and he is recovering in the hospital. Our thoughts are with Dwane Simmons’ family, friends and teammates and the rest of the Washburn community.”

Ballentine has the athletic ability to eventually compete for a significant role in the Giants’ defensive backfield, and hopefully he will be able to bounce back from this tragic turn to the start of his professional career.

We here at PFR offer our condolences to Simmons’ friends and family.