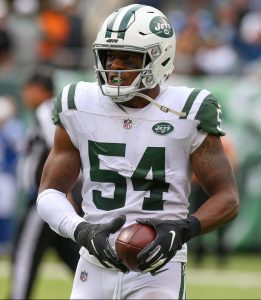 Dylan Cole has signed his restricted free agent tender. The linebacker announced on Twitter that he’s inked his new deal with the Texans. 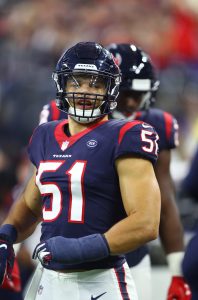 “Done deal,” Cole said. “Absolutely blessed to be in Houston another year! Time to earn it. Let’s make it out of 2020 healthy! That’s to all of us.”

Cole was tendered at an original-round level back in March. He’s set to earn $2.144MM next season.

The former undrafted free agent out of Missouri State has spend his entire career with the Texans organization. He actually put up his best numbers during his rookie year, compiling 32 tackles, three passes defended, and two interceptions in 12 games (one start).

This past year, Cole appeared in 11 games for the Texans, compiling 16 tackles and one pass defended. The 25-year-old landed on the injured reserve in late November after suffering a torn ACL. That injury will likely knock him out of part of the 2020 campaign.