Although the Giants are just one game back of the NFC East lead, they are 1-5 and appear on the verge of their fourth straight double-digit loss season. GM Dave Gettleman has presided over the previous two 10-plus-loss campaigns, and some around the league have tabbed the Giants GM job as a potential opening ahead of the 2021 offseason, Dan Graziano and Jeremy Fowler of ESPN.com note. The Panthers‘ GM spot has also surfaced around the NFL as one to monitor. Marty Hurney, in place long before Matt Rhule‘s arrival, has been rumored as a potential chopping-block candidate because of Rhule’s overhaul and seven-year contract. Hurney’s contract runs through 2020. Gettleman made his way back to New York shortly after his Carolina ouster, but his rebuild has not taken off. The Giants have never lost double-digit games in four straight seasons.

In a recent chat with Joe Person of The Athletic, Panthers GM Marty Hurney said he did “nothing that was out of bounds” while talking with Mississippi State quarterback Tommy Stevens during the draft. If the NFL disagrees with Hurney’s assessment, the Panthers and Saints could be penalized by the league office. 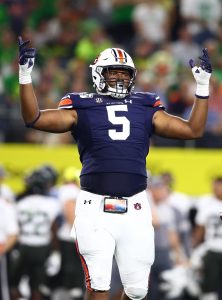 Beyond that weirdness, Hurney was also asked about the Panthers’ eventful offseason and their plans moving forward. Here’s a look at some of the highlights:

On No. 7 overall pick Derrick Brown and whether he would have traded down if Brown was gone

Every year we go into the draft, and wherever we’re picking, we have a group of guys that we would take there. Obviously, he was the guy we were hoping that would get to us, and we’re fortunate that he did…You consider everything. How you approach the draft is how you approach everything else every day: You cover every scenario. So we had all sorts of options. But it didn’t get to that point.

I don’t know. I’m just focused on us and trying to get us the best we can be for this season. I can’t speak for other teams. I do have great respect for him, but I can’t answer for other teams.

Christian’s ability and his performance as a receiver is very unique to the running back position, as you can see by the 1,000-1,000 marks that he surpassed last year. He really is a different type of running back at the position than maybe we would’ve thought of three, five, ten years ago because of his ability to create mismatches as a receiver, his ability to run between the tackles, his ability to make big plays. He really is a combination running back/wide receiver. All those things led to us — and as you said, his ability as a leader, the type of commitment that he shows, the type of person that he is, the way he comes every day to get better — all those things went into play.

On the notion of rebuilding

I approach it as one good decision at a time. Every year you have a lot of changes. I think the league average is 33 percent or so, and maybe over 60 percent every two years. Obviously, we’ve had a lot of changes, not only on the player side but the coaching side. You’re always trying to build the most competitive team you can build. I think we have gotten younger, and I think we have a good mix of veterans and young players. We’re just excited to work with them and improve every day.

While the Panthers and Cam Newton are clearly parting ways, Jeremy Fowler of ESPN reports the team may have been open to a reunion. A source tells Fowler that Carolina was open to bringing Newton back for the 2020 season, but was unwilling to extend his contract, something they expected him to want. Instead, the team signed free-agent quarterback Teddy Bridgewater to a three-year, $60MM contract that gives them a proven starter with long-term flexibility.

Here are some more notes from around the Panthers organization:

Bruce Allen may not have the chance to continue into a second decade with the Redskins. The franchise plans to fire its 10th-year football operations boss, J.P. Finlay of NBC Sports Washington reports. This move has been in the works for a bit now, per Ian Rapoport of NFL.com (on Twitter). Ben Standig of The Athletic writes that Allen may remain with the club as part of its stadium detail. 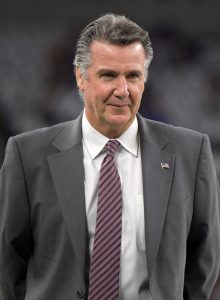 Dan Snyder has operated independently from his football staff during part of the Redskins’ coaching search, and the longtime owner has done work on GM candidates as well. Allen’s tenure as team president has not brought Washington much success, with this season producing a 3-12 record.

Allen has overseen a somewhat chaotic Redskins decade. From the Robert Griffin III chapter to an ugly divorce with GM Scot McCloughan to Kirk Cousins‘ departure to the Trent Williams fiasco, the franchise has seen its stock plummet during the 2010s. The Redskins are 62-96-1 during Allen’s 10-year tenure — one that has produced two playoff berths and one 10-win season (2012).

The son of former Redskins NFC champion coach George Allen, Bruce came over after a five-year stay with the Buccaneers. Prior to that, he spent nine years in the Raiders’ front office. The Redskins have only employed two full-time coaches under Allen — Mike Shanahan and Jay Gruden — but they have gone through several quarterbacks and have only completed back-to-back winning seasons once.

While the Redskins have not been particularly successful throughout Snyder’s 21-year tenure, the owner looks set to commence a full-scale overhaul. Coaches Bill Callahan and Kevin O’Connell have a chance to stay on, potentially with a defensive-minded HC, but it certainly looks like the Redskins will have a new front office structure soon. Former Texans GM Rick Smith and ex-Redskins exec-turned-ESPN analyst Louis Riddick have been mentioned as potential candidates to oversee Washington’s football operations. Current Panthers GM Marty Hurney may also be in play, as Joe Person of The Athletic tweets.

We heard several weeks ago from Ian Rapoport of NFL.com that the Texans, who tried but failed to hire Patriots exec Nick Caserio as their GM this spring, were planning to operate without a GM in 2020. But Jason La Canfora of CBS Sports hears differently.

La Canfora says the Texans remain interested in Caserio, who is still a desirable GM candidate. Indeed, La Canfora reported back in October that Houston was expected to hire Caserio in 2020, after his contract with New England is up, which is one of the reasons why Rapoport’s report from earlier this month was a bit of a surprise.

But if the Texans do hope to hire Caserio this offseason, they could face some competition from multiple clubs, including the Panthers. Per La Canfora, Panthers owner David Tepper wants to speak with several coaches and executives with ties to New England, and he was among those who reached out to former Patriots executive Jack Easterby last year.

Coincidentally, Easterby ultimately became Houston’s executive vice president of team development, but La Canfora says Tepper could pursue him and/or Caserio in 2020. Of course, the Panthers currently employ Marty Hurney as GM, and Hurney is a part of the team’s head coach search following Ron Rivera‘s recent firing. But Tepper wants to add multiple people to his front office, and Hurney’s role could change as a result.

One way or another, Caserio will almost certainly not return to New England, and he could have a number of options available to him. Indeed, Mike Garafolo of the NFL Network says that the team’s extension talks with Caserio have gone nowhere, and the Patriots are bracing for a number of defections from their front office (video link).

In related news, Tepper has officially sold his minority interest in the Steelers, as the Pittsburgh Post-Gazette reports.