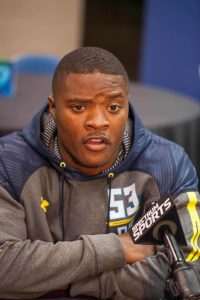 The Packers have waived safety Mike Tyson, according to a team announcement. To take his place, the club signed cornerback Jackson Porter.

The Packers claimed Tyson off waivers earlier this offseason when he was dropped by the Texans. After originally entering the league as a 2017 sixth-round pick of the Seahawks, Tyson appeared in ten contests for Houston in 2018.

Porter, meanwhile, is still looking for his first taste of NFL action. The UMass product amassed 84 tackles, 1.5 tackles for a loss and two interceptions over 42 games with the Minutemen, but was unsuccessful in his bid to make the Ravens as a UDFA last year.

The Texans are elevating defensive back and special teamer Mike Tyson from the practice squad to the 53-man roster, Ian Rapoport of NFL.com tweets. Tyson, a sixth-round pick of the Seahawks in 2017, may have an opportunity to make his NFL debut against the Bills on Sunday.

Tyson, a Cincinnati product, registered five interceptions as a senior. The Seahawks selected him in the sixth-round of the 2017 draft, but he has yet to see time in a regular season game. This year, he missed Seattle’s final cut, but the Texans moved quickly to add him to the taxi squad.

The Texans will be without cornerbacks Kevin Johnson and Aaron Colvin for a while, leaving them a bit thin in the secondary. Tyson figures to serve as the club’s fifth safety, though his quickest path to the field will likely be on special teams.

Kam Chancellor‘s season is officially over. The Seahawks made the inevitable decision to place the safety on injured reserve on Saturday. 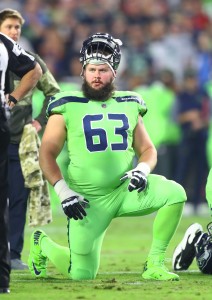 The Pro Bowl safety had been out since last month because of a neck injury, and he won’t have a chance to return for his team until the 2018 season. Being shorthanded at other positions prompted the move.

The Seahawks could be without both Bobby Wagner and K.J. Wright on Sunday, depriving the highly regarded defense of several household names in total.

A rookie, Tyson played safety while at Cincinnati but was relocated to corner early in his NFL tenure. He’s spent the season on the Seahawks’ practice squad. The Seahawks added Palacio, a second-year linebacker, to their practice squad in November.

Glowinski has gone from 16-game starter in 2016 to swing player. He played in 10 games this season, starting two prior to second-round pick Ethan Pocic usurping him on the right guard depth chart. He’ll venture onto waivers.