The Patriots have agreed to re-sign DE/LB Shilique Calhoun, per Aaron Wilson of the Houston Chronicle (via Twitter). Calhoun appeared in 15 games (one start) for the defending AFC East champs in 2019.

New England has seen three LBs depart via free agency this offseason, and while the club will surely add reinforcements, Calhoun could be in line for a bigger role in 2020. He appeared in just over a quarter of the Pats’ defensive snaps last year and recorded 16 total pressures, though he was unable to covert any of those pressures into a sack.

He did establish himself as a core special teamer and will continue to see plenty of burn in that role regardless of what happens on the defensive side of the ball. And that still represents an upgrade over the disastrous start to his career with the Raiders.

Oakland selected Calhoun in the third round of the 2016 draft, but he never started a game in his three years in the Silver-and-Black. In fact, he was waived during final cutdowns in September 2017, went unclaimed, and was subsequently re-signed to the Raiders’ practice squad.

The Patriots have signed linebacker Shilique Calhoun, as Mike Reiss of ESPN.com tweets. In a corresponding move, the club has cut offensive tackle Ryker Mathews. 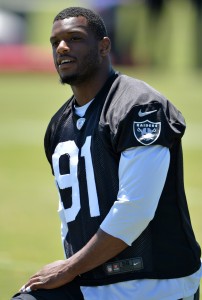 Calhoun was selected by the Raiders in the third round of the 2016 draft, but he never started a game for Oakland. In fact, he was waived during final cutdowns in September 2017, went unclaimed, and was subsequently re-signed to the Raiders’ practice squad. He ended up playing in nine games in 2017 and seven games last year, but he has been more of a special teams contributor than anything else. He was non-tendered by Oakland last month.

As Josh Alper of Pro Football Talk observes, Calhoun is the first player with NFL experience added to New England’s linebacking corps this offseason. He will likely compete for a rotational role on defense and for a spot on the Pats’ special teams unit.

For his career, Calhoun has 23 tackles and a half-sack.

The season is already over for three Raiders players. Safety Reggie Nelson, wide receiver Martavis Bryant, and defensive end Shilique Calhoun have all been placed on IR, according to a club announcement. 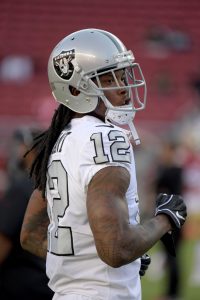 Bryant, dubbed the “White Tiger” by coach Jon Gruden for his special ability and inability to stay on the field, appeared in only eight games this season, recording 19 catches for 266 yards and zero touchdowns. It was his weakest showing to date – even in his ten-game rookie campaign, Bryant managed 26 catches, 549 yards, and eight scores. Bryant is headed for free agency in March, but his PCL injury and mysterious suspension (or, non-suspension) for drug use will make him a tough sell on a multi-year deal.

Nelson’s season is through thanks to a shoulder injury suffered on Sunday against the Chiefs. The three-year captain’s season ends with 29 tackles and two interceptions in eleven games. The veteran is also headed towards free agency this offseason, but it’s not clear whether the 35-year-old will look to continue playing.