The Chargers are working out defensive lineman Adolphus Washington, according to Ian Rapoport of NFL.com. This likely will be the first of a few workouts after the Chargers’ defensive line has been depleted by injuries in recent weeks.

A 2016 third-round selection by Buffalo, Washington started 21 games for the Bills over his first two professional seasons. A combination of injuries and the emergence of other players eventually led him out of the lineup before he was released in September of last year. He has since had stints in the Cowboys, Bengals and Dolphins organizations but only saw time on the field for Cincinnati.

Washington has played both on the interior and edge of the defensive line, giving his next team so added flexibility. On his career, he has amassed 62 tackles, 4.5 sacks, and 11 tackles for loss in 35 games. Obviously, though, the bulk of those numbers came when he was a starter with the Bills from 2016-17.

Los Angeles started a recently signed free agent, T.Y. McGill, on Sunday against the Titans. So if Washington ends up signing, he could very well see extended time while the team awaits for the return of the original starters.

The Dolphins have signed free-agent defensive lineman Adolphus Washington to a one-year deal, according to ESPN.com’s Adam Schefter (on Twitter). The 2016 third-round pick has yet to find his footing in the NFL, but he’ll try to stick on the roster in Miami in 2019.

Last year, Washington spent time with three different teams. He was cut after playing one game for the Bills and hooked on with the Cowboys’ practice squad. The Bengals signed him to their active roster towards the end of September, but he was shut down with a knee injury before Thanksgiving. In April, the Bengals waived the 24-year-old.

The Dolphins used their No. 13 overall pick to select Clemson defensive tackle Christian Wilkins and have moved to shore up their D-Line depth in recent weeks. Washington joins fellow veteran hopeful Nate Orchard in his bid to make the 53-man cut.

The Bengals have waived Adolphus Washington, according to a team announcement. The Bengals signed the defensive tackle off of the Cowboys’ taxi squad last season, but he won’t be a part of the club for 2019. 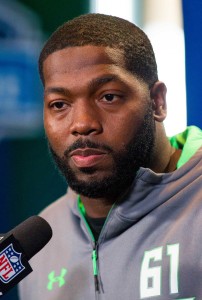 Washington had six tackles and a sack for the Bengals across four appearances last year. Prior to that, his only in-game experience came with the Bills across two seasons and change. The third-round pick hasn’t really met expectations, though he did have 3.5 sacks across his two full seasons in Buffalo.

Ultimately, Washington was somewhat redundant for the Bengals. The club is set to roll with Geno Atkins, Andrew Billings, Ryan Glasgow, Josh Tupou, Christian Ringo, and Niles Scott on the interior line this offseason.

Another day, another Bengals player sidelined. This time, it’s defensive lineman Adolphus Washington being shut down for the year due to a knee injury. To take his place on the roster, the Bengals signed defensive tackle Christian Ringo off of the Cowboys practice squad.

Washington was a third-round pick of the Bills in 2016, but didn’t do much during his time in Buffalo. Washington appeared in 15 games (11 starts) as a rookie, compiling 21 tackles and 2.5 sacks. However, the defensive tackle was arrested prior to his sophomore campaign, and the Bills subsequently shopped him for a fifth-round pick. In September, they released him, and he hooked on with the Cowboys practice squad. Soon after, the Bengals inked him to a main roster deal. His Bengals run ends with six tackles and one sack.

With Washington out, the Bengals went back to the Cowboys’ taxi squad once again. Ringo has suited up for 15 games in three NFL seasons and may get a chance to add to his resume in the final games of the 2018 season.