It’s been a wild ride for the Seahawks defense the past week. After the team traded Michael Bennett to the Eagles and released Richard Sherman, it also decided to release cornerback DeShawn Shead.

This was noteworthy because the Seahawks told the player it would release him to allow him to become an unrestricted free agent despite the NFL saying his contract should toll for 2018.

Earlier today, Shead signed with the Lions but reportedly wanted a return to the Seahawks, the Seattle Times’ Bob Condotta tweets. After Seattle honored its statement to make the cornerback a free agent, Shead wanted to give Seattle every chance to keep him, but the organization ultimately wouldn’t match the offer he received from the Lions.

Seattle now enters free agency without three of its top veterans and could be seeing the end of the Earl Thomas era, who has threatened to hold out if he doesn’t receive a new deal. The Seahawks could deal him this offseason and are reportedly looking for a first-round pick in return.

Needless to say, the Seahawks once-stingy defensive unit will look plenty different in 2018.

Andy Reid credited recently hired GM Brett Veach of alerting him to the likes of DeSean Jackson, LeSean McCoy and Fletcher Cox during the duo’s time together with the Eagles. The new Chiefs GM’s latest pet project was a player who figures to have a big say in whether the franchise can challenge for a Super Bowl title in the years to come. Reid said Veach was “all in on” Patrick Mahomes during the franchise’s draft preparation and brought the Texas Tech prospect onto he and then-GM John Dorsey‘s radar.

“If he brings you (a player) and he’s that sold on him, you better take a look at him,” Reid said, via Terez Paylor of the Kansas City Star. “He’s brought to me (guys) like DeSean Jackson, LeSean McCoy and Fletcher Cox — all these guys, and it was early, before anybody really had a beat on it. And (back then) … I’m going, ‘Wow, he’s got kind of a knack for this thing.”

Here’s the latest out of the Western divisions.

When the Chiefs promoted Brett Veach into the GM role, there were questions about exactly how much control he would have. On Monday, owner Clark Hunt clarified things a bit. 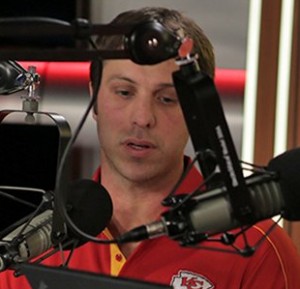 Veach will have final say over the 53-man roster, Hunt tells reporters. He’ll work in tandem with coach Andy Reid just like John Dorsey did when he was in GM, but it appears that Veach is in the driver’s seat.

There has been speculation that Reid helped to push Dorsey out the door and Hunt acknowledged that he spoke with Reid before making the decision. He did not get into specifics about Reid’s input but, as expected, the move was not made without the coach being consulted first.

There was no one single event that caused the firing of Dorsey, Hunt explained, saying that it was based on an overall evaluation of his work. That means the team’s awkward parting of ways with wide receiver Jeremy Maclin was not the impetus for canning Dorsey – if Hunt is to be believed.

Hunt says his goal is for the Chiefs to win a Super Bowl in the next 3-4 years, meaning that expectations are high for the young GM.

The Chiefs have promoted executive Brett Veach to the role of GM. Veach is now the seventh GM in franchise history.

“After a comprehensive search process, I am pleased to announce that we have hired Brett Veach to serve as the next General Manager of the Kansas City Chiefs,” Chairman/CEO Clark Hunt said in a press release. “Brett has a sharp football mind, a tremendous work ethic and a keen eye for finding talent. Over the last four seasons he’s played a critical role in building our football team. I look forward to working with him to continue to build on the strong foundation we have in place.”

The Chiefs, to the shock of the football world, found themselves with a GM vacancy this summer when they fired John Dorsey. From the get-go, Veach was identified as a frontrunner for the job. After considering other internal candidates plus some out-of-house types, the Chiefs have found their man.

Veach will report directly to Hunt on all player personnel matters, according to the team. Only time will tell whether that will be the true chain of command in Kansas City. It appears that coach Andy Reid had a good amount of say when it came to the 53-man roster and Veach will probably have to negotiate between his own vision for the team and what Reid wants to do. Fortunately for Veach, he has plenty of experience in that department. The two have a relationship that goes back several years to their time in Philadelphia, including a stint where Veach served as a coaching assistant for Reid.

Chiefs Could Promote Brett Veach To GM By Training Camp

After firing John Dorsey last month, Kansas City reportedly set a “loose goal” of finding a new GM prior to the start of training camp, so promoting Veach in the coming weeks would accomplish that goal. Veach, along with ESPN commentator Louis Riddick, have been considered the favorites for the Chiefs vacancy, as both offer familiarity with head coach Andy Reid. In addition to serving alongside Reid in Kansas City, Veach spent several seasons working with him in Philadelphia.

Although the Chiefs are interviewing Titans director of player personnel Ryan Cowden today, he’s not currently the frontrunner for the Kansas City vacancy, Terry McCormick of TitansInsider.com reports. Instead, Chiefs co-director of player personnel Brett Veach and ESPN commentator Louis Riddick are considered the “strongest candidates” for the job, per McCormick. Indeed, a “growing belief” exists around the league that Veach will end up being promoted, tweets Terez A. Paylor of the Kansas City Star.

Given that head coach Andy Reid is now “running the show” in Kansas City following the firing of ex-GM John Dorsey, familiarity with Reid seems to be playing an integral role in the club’s general manager search. Veach, of course, has worked with Reid with the Chiefs and also spent time with him in Philadelphia. Riddick, too, has a relationship with Reid based on the pair’s time with the Eagles.

The Chiefs are expected to interview Veach, whose name was tossed out during the Bills GM hunt, at some point this week. Riddick, meanwhile, is a candidate for the Kansas City despite his public denial. Mike Florio of Pro Football Talk reported Monday that the Chiefs have reached out to Riddick’s representation, but perhaps not Riddick himself.

As our Chiefs GM Search Tracker shows, Cowden, Veach, and Riddick are three of six candidates who have been linked to the Chiefs’ vacancy. Seahawks co-director of player personnel Scott Fitterer will interview this week, Chiefs co-director of player personnel Mike Borgonzi has been mentioned as a contender, and Vikings assistant general manager George Paton declined an interview.

Chiefs owner Clark Hunt is expected to interview co-director of player personnel Brett Veach this week, a source tells Ian Rapoport of NFL.com (on Twitter). Veach has been identified as an early frontrunner for the job.

Last week, Rapoport reported that Veach is the name to watch in the team’s GM search. Veach goes way back with Andy Reid, having served as his assistant with the Eagles. The exec has also gotten lots of face time with Hunt in recent years and has been highly regarded by the organization. Veach has come up as a GM candidate before, having been linked to the Bills’ vacancy earlier this year.

Veach’s fellow co-director of playr personnel, Mike Borgonzi, has also been mentioned as a leading in-house candidate. There’s no word yet on when or if he will get an interview, but logic dictates that he will also be interviewed by Hunt & Co. in the coming days.