Michael Burton is heading to the AFC. The veteran full back is signing with the Chiefs, reports Herbie Teope of the Kansas City Star (via Twitter). It’s a one-year deal for the 29-year-old. 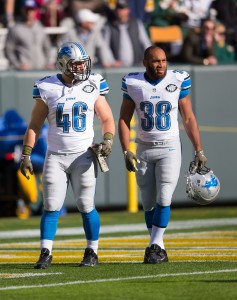 Despite playing for four different organizations, Burton has spent his entire career in the NFC. He entered the NFL as a fifth-round pick out Rutgers in 2015, and following a pair of seasons with the Lions to begin his career, he spent another two years with Chicago between 2017 and 2018. After spending the 2019 campaign with Washington, Burton joined the Saints last offseason, marking it his second stint with the organization (the fullback had spent the 2019 preseason with the team).

During his lone season in New Orleans, Burton appeared in 19 percent of his team’s offensive snaps, his highest percentage since 2017. While the veteran is generally known for his blocking prowess, he did manage to compile a career-high 46 (yep, that’s it) yards from scrimmage. He added another 15 yards in two postseason games.

The Chiefs have presumably been hunting for a fullback since Anthony Sherman, their starter for the previous eight years, announced his retirement. Burton will now have the responsibility of protecting quarterback Patrick Mahomes and starting running back Clyde Edwards-Helaire.

After three blissfully uneventful weeks in the NFL — at least as far as COVID-19 is concerned — the virus has begun to rear its ugly head. Let’s get you up to date with all the pandemic-related happenings in the league: