Following a six-game absence, Sony Michel is back with the Patriots. NFL.com’s Ian Rapoport reports (via Twitter) that New England has activated the running back from injured reserve. The team will waive Hjalte Froholdt to make room on the roster. Jeff Howe of The Athletic tweets that the Patriots have also waived defensive end Derek Rivers.

Michel started each of New England’s first three games this season, but a quad injury has kept him out of the lineup for the past month-plus. It’s unlikely the 25-year-old will slide back to the top of the Patriots depth chart; former third-rounder Damien Harris has three 100-plus-yard performances since Michel went down, while both Rex Burkhead and James White continue to see work out of the backfield.

The Georgia product has been a bit trick-or-treat since being selected with the 31st-overall pick in the 2018 draft. He had a dynamic playoff run in 2018, rushing for 336 yards and six touchdowns in three games en route to a Super Bowl championship. However, Michel only averaged 3.7 yards per attempt in 2019, and he didn’t play more than 38-percent of his team’s offensive snaps through the first three weeks of the season.

The Patriots announced the release of 27 players as a part of their efforts to get down to the 53-man limit. They also placed four players on injured reserve, one player on NFI, and another on PUP.

The previously reported release of wide receiver Demaryius Thomas understandably got the most attention, but there are some other notable names here, including wide receiver Braxton Berrios. Berrios, 24 in October, had a solid training camp and preseason, but could not find a place on the roster after Julian Edelman and Josh Gordon returned to action. It stands to reason that he could be a practice squad candidate if he clears waivers.

Now that Austin Seferian-Jenkins is out of the picture, the Patriots seem likely to go with Matt LaCosse are their top tight end in Week 1, Ben Volin of the Boston Globe writes. The Patriots made a minor splash by signing Ben Watson earlier this offseason, but he’ll have to sit on the sidelines for the first four games of the season due to his PED violation. That leaves LaCosse, blocking tight end Ryan Izzo, and UDFA Andrew Beck, and LaCosse is the best pass catcher of the bunch.

LaCosse hasn’t produced much at the pro level, but there’s reason to believe that he can be a late bloomer. LaCosse saw 38% of the Broncos’ snaps last year and he could be poised to take another step forward in 2019.

If LaCosse doesn’t cut it in camp, Volin speculates that the Patriots could explore a trade for Kyle Rudolph, though it would require some salary cap magic. The Patriots could also kick the tires on former Texans tight end Ryan Griffin, who would seem to be a fit for the system. 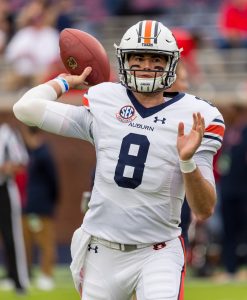