The Packers are moving on from “Touchdown Jesus.” NFL.com’s Tom Pelissero reports (via Twitter) that Green Bay is cutting wideout Jake Kumerow.

This is a bit of a surprising move, and not just because Kumerow has emerged as a fan favorite. Quarterback Aaron Rodgers recently referred to the 28-year-old as one of his most reliable options, and Kumerow was generally expected to be one of the top four wideouts on the depth chart.

The 2015 undrafted free agent out of Wisconsin-Whitewater spent the first two-plus seasons of his career with the Bengals and Patriots. He caught on with the Packers in 2017, and after playing in five games through his first two year with the team, he took on a larger role in 2019. Kumerow ultimately finished the campaign with 12 receptions for 219 yards and one score.

With Kumerow out of the picture, the Packers will presumably be keeping the likes of Allen Lazard, Marquez Valdes-Scantling, Tyler Ervin, and Equanimeous St. Brown behind top receiver Davante Adams.

Unlike last season, when the Packers waited until mid-December to make their second IR-return move, they are finished making such decisions before Thanksgiving.

UDFA wide receiver Jake Kumerow will represent Green Bay’s second recall. The team also brought wideout Trevor Davis off IR earlier this month. Kumerow, whom the Packers placed on IR just after finalizing their 53-man roster in September, will have 21 days to be activated.

While Kumerow hasn’t caught an NFL pass yet, despite being a fourth-year UDFA, this designation is notable because the Packers cannot bring anyone else off IR this season. The team waited until Week 15 last year to bring back Aaron Rodgers. That said, the Packers don’t have another obvious IR-return candidate. Muhammad Wilkerson, Davon House, Jake Ryan and Geronimo Allison are out for the year.

The Packers have six wide receivers on their active roster. With Davis, Marquez Valdes-Scantling, J’Mon Moore and Equanimeous St. Brown being recent draft picks, it will be interesting to see which one — if any — is bumped for a UDFA out of Division III Wisconsin-Whitewater. Kumerow, 26, caught on with the Packers via reserve/futures deal in January. 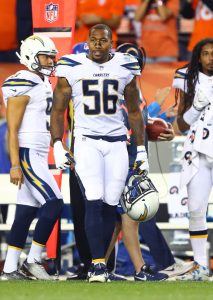