The Cowboys have re-signed linebacker Joe Thomas to a one-year contract, according to Michael Gehlken of the Dallas Morning News (Twitter link).

Thomas, 28, has spent his career oscillating between Dallas and Green Bay. While he played 632 snaps with the Packers in 2016, he’s mostly played in reserve roles. Last season, Thomas was pressed into duty during the latter half of the year following an injury to Cowboys starter Leighton Vander Esch.

The Cowboys will return Vander Esch, Jaylon Smith, and Sean Lee in 2020, meaning Thomas will see most of his action come on special teams. The former undrafted free agent out of South Carolina State has played roughly 55% of Dallas special teams snaps in each of the past two seasons.

Although the Giants are not actively shopping wide receiver Odell Beckham Jr., team owner John Mara (once again) didn’t dismiss the idea of dealing the star pass-catcher. “Do I want [Beckham] to be traded? Absolutely not,” said Mara, per Ralph Vacchiano of SNY (Twitter link). “I want him to be a Giant. I can’t promise that’s going to happen. We’re not looking to get rid of him, OK? I’d like him to be a Giant. But if you’re asking me for a 100% guarantee, nobody has that.” Beckham may reportedly consider a holdout if he’s not extended by the start of the 2018 season, but he’s clearly not in the good graces of New York’s decision-makers at the moment. Mara recently indicated he’s “tired of answering questions” about OBJ, who was involved in a video that may have involved drug use earlier this year.

Let’s take a look at more from the NFC East:

The Cowboys have agreed to a two-year deal with free agent linebacker Joe Thomas, according to Todd Archer of ESPN.com (Twitter link). The pact is worth up to $4.6MM, tweets Jon Machota of the Dallas Morning News. 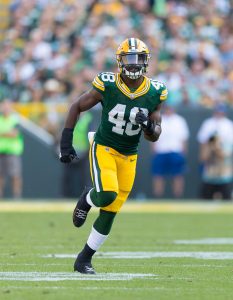 Thomas, not to be confused with the former Browns tackle of the same same, is now on the open market after the Packers declined to tender him as a restricted free agent last week. The 26-year-old Thomas, who spent time on the Dallas practice squad in 2015, started seven games and played 60% of Green Bay’s defensive snaps in 2016, but saw his playtime drop to 13% last season.

The Cowboys appear to be set at linebacker with a trio of Sean Lee, Jaylon Smith, and Damien Wilson, so Thomas won’t see playing time right off the bat. However, both Lee and Smith have dealt with serious injuries in the past, so Thomas will offer depth in case either goes down again. 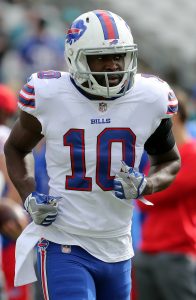 The Packers have placed defensive end Josh Boyd on season-ending IR, as Rob Demovsky of ESPN.com writes. In a related move, Green Bay has plucked Joe Thomas off of the Cowboys taxi squad.

Boyd, a fifth-round pick in 2013, has played in 26 career regular-season games. Unfortunately, on Sunday, he suffered an ankle injury and an MRI revealed torn ligaments. Boyd appeared in 15 games (4 starts) for Green Bay in 2014, racking up 22 total tackles and one pass deflection.

Thomas was released by the Packers at the end of the preseason and spent part of last year on their taxi squad. Now, the Packers have seized the opportunity to welcome him back with Sam Barrington on IR.