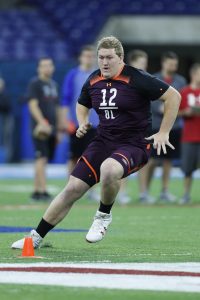 Deiter, a Wisconsin product, spent time at guard, center, and tackle during his collegiate career. A self-described “mauler,” Deiter will compete with Isaac Asiata and Chris Reed for the starting left guard job. Even if he falls flat, the versatile rookie could see a decent amount of burn as a backup.

Here’s the full rundown of the Fins’ draft class, via PFR’s tracker: