The Bengals will be further depleted at defensive tackle when they face the Jaguars on Sunday. They placed Mike Daniels on IR on Saturday.

Daniels, who signed with the Bengals this summer, suffered an elbow injury — one he aggravated during practice this week. Daniels managed a limited practice Thursday but was held out Friday. He will be down for at least three weeks now.

Cincinnati has been without perennial Pro Bowler Geno Atkins all season. Atkins took part in three limited workouts this week but has already been declared out for Week 4. The practice participation points to Atkins getting closer, having not been placed on IR despite what will be a four-week absence.

The team has fellow 2020 acquisitions D.J. Reader and Christian Covington healthy at defensive tackle. Daniels, however, had started both games in which he played this season.

To add help up front, the Bengals are promoting defensive tackle Freedom Akinmoladun. They will also elevate cornerback offensive lineman Alex Redmond and cornerback Torry McTyer from the practice squad.

The Bengals have waived guard Alex Redmond, per Tom Pelissero of the NFL Network (via Twitter). In a corresponding move, the team has claimed Shaq Calhoun off waivers from the Dolphins, as Ian Rapoport of NFL.com tweets.

Signed as an undrafted free agent in 2016, Redmond worked his way onto the Bengals’ roster and eventually earned a starting spot along the team’s offensive front. In 2018, Redmond started 15 games for Cincinnati, though he was not particularly effective. He was suspended for the first four games of the 2019 season for violating the league’s PED policy, and he ultimately appeared in just three games (two starts) last season due to the suspension and injury.

In Calhoun, the Bengals are getting a slightly younger player to provide O-line depth. The Mississippi State product signed with Miami as a UDFA last year and ultimately played in 10 games (seven starts). According to Pro Football Focus’ advanced metrics, Calhourn struggled in both pass-blocking and run-blocking, but clearly Cincinnati — which has top waiver priority — saw something it liked.

The Bengals will be without another of their offensive line starters for the season’s remainder. Alex Redmond will go on IR because of the torn biceps injury he suffered last week, Ben Baby of ESPN.com tweets. 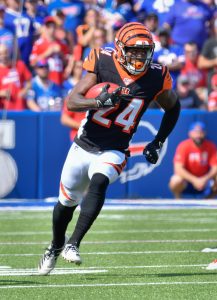 Redmond’s move off the 53-man roster will make room for cornerback Darius Phillips, whom the Bengals will activate from IR. The Bengals placed Phillips on IR in late September, but the second-year corner returned to practice last week.

A 15-game starter last year, Redmond only made two starts for the Bengals this year. He began this season with a four-game suspension and suffered an ankle injury weeks ago. The third-year blocker was set to return to action in Week 12 but suffered this biceps malady during pregame warmups. Par for the course for what’s been a brutal Bengals season, particularly on the offensive front.

Phillips will be used in a backup role, per Zac Taylor. The 2018 fifth-round pick has played in 18 games, making one start in that time. Redmond can be retained next year via RFA tender, though the 2017 UDFA will not have much momentum going into that process.

Bengals guard Alex Redmond has been hit with a four-game suspension for violating the NFL’s policy on performance-enhancing drugs, according to Adam Schefter and Kat Terrell of ESPN.com (on Twitter). Redmond played with a torn labrum and hamstring last year and Schefter writes that Redmond “made a bad decision to try to help it.” Based on that, it sounds like Redmond has accepted responsibility for the violation and will not appeal. 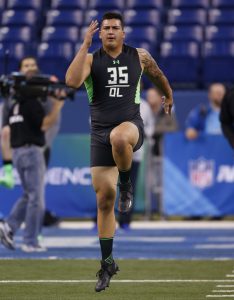 Redmond started 15 games for the Bengals last year but graded out as just the No. 53 ranked guard in the NFL last year for his work across 928 snaps. This year, he was expected to serve as a backup, despite his presence on a line that cleared the way for Joe Mixon to amass an AFC-best 1,168 rushing yards.

Redmond will be sidelined for the Bengals’ games against the Seahawks, 49ers, Bills, and Steelers before being eligible to return against the Cardinals on Oct. 6.