Nick Williams is heading to a division rival. The former Bears defensive lineman is signing with the Lions, reports SiriusXM’s Adam Caplan (via Twitter).

The 2013 seventh-round pick has put together a seven-year career, including a recent two-year stint with Chicago. His 2019 season proved to be the best of his career, as he set career-highs in games (16), starts (five), tackles (42), and sacks (six). In total, the 30-year-old has appeared in 44 career regular season games with the Bears, Dolphins, and Chiefs.

The Lions defense is seeing a bit of a makeover. Yesterday, the team agreed to terms with former Patriots linebacker Jamie Collins. 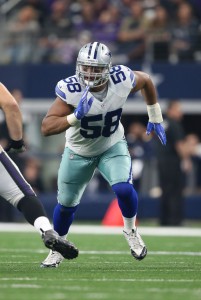 NFL.com’s Ian Rapoport has provided some more insight on the Browns‘ quarterback plans following their acquisition of Brock Osweiler earlier today (Twitter link). The reporter notes that the team is likely to release Robert Griffin III, and they’ll continue shopping Osweiler as they search for a proper deal. Rapoport also expects the organization to select a signal-caller in the draft.

The Dolphins have claimed defensive end Nick Williams off waivers from the Chiefs and placed safety Reshad Jones on injured reserve, per an announcement from Miami. 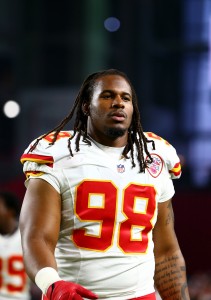 The 26-year-old Williams had a brief unemployed stint after Kansas City cut him Tuesday. Williams had appeared in each of the Chiefs’ five games this year prior to his ouster, but he only participated in 11.9 percent of their defensive snaps. Since entering the NFL as a seventh-round pick of the Steelers in 2013, Williams has amassed 21 appearances – all with the Chiefs.

Williams will likely try to catch on at defensive tackle with the Dolphins, according to Armando Salguero of the Miami Herald (Twitter link). The Dolphins have relied heavily this year on Ndamukong Suh and Jordan Phillips along the interior, while Chris Jones and Julius Warmsley have combined for roughly 90 snaps apiece as depth options.

The placement of Jones on IR was expected after Salguero reported earlier Tuesday that Miami would shut him down for the season. Jones, one of the Dolphins’ premier players, suffered a torn rotator cuff in their 30-15 upset over the Steelers last Sunday.