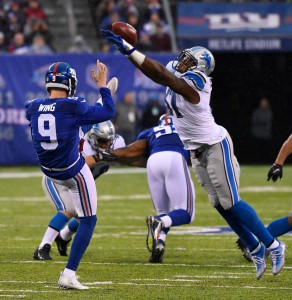 Copeland, a 2013 undrafted free agent out of Penn, had spent the past three seasons with the Lions organization. After appearing in every regular season game between 2015 and 2016, the 26-year-old sat out the entire 2017 campaign with a pectoral tear. In 32 career games, Copeland compiled 30 tackles, 0.5 sacks, and one forced fumble. Earlier tonight, ESPN’s Michael Rothstein tweeted that the linebacker wouldn’t be returning to Detroit.

“Too many different levels of excitement to put into words,” Copeland said about the signing (via Ethan Greenberg of NewYorkJets.com). “Coming off of injured reserve, having to sit every Sunday, Monday and Thursday and watching other people play, I’m first and foremost excited to get back to the game that I love.”

Cooper was non-tendered by the Jets last week, but the defensive lineman will rejoin the organization on a new contract. The 2015 third-rounder split the 2017 season between the Jets and 49ers, compiling 17 tackles and 1.5 sacks in 13 games. 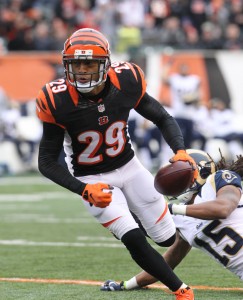 Cooper was a third-round pick of the Browns in the 2015 draft but never blossomed into the prospect that the team expected. In his rookie year, he had 19 tackles and 1.5 sacks. Last year, he finished out with 20 tackles and zero sacks while playing primarily on special teams.

The Browns didn’t have much room for Cooper after selecting Larry Ogunjobi and Caleb Brantley in this year’s draft. The 49ers, meanwhile, could use some additional defensive line depth after dropping Quinton Dial on Saturday.