Wells is returning to Tampa Bay on a one-year deal, according to Greg Auman of The Athletic (Twitter link). Wells spent the 2019 campaign with the Bucs, starting two of his 13 games. He previously spent five seasons with the Jaguars, appearing in 39 games (nine starts).

Murphy had a solid run with the Bills back in 2018, rushing for 250 yards on 52 carries. After getting cut by Buffalo prior to the 2019 regular season, Murphy didn’t find a deal until inking a futures contract with the Panthers in December. 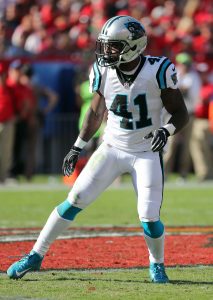